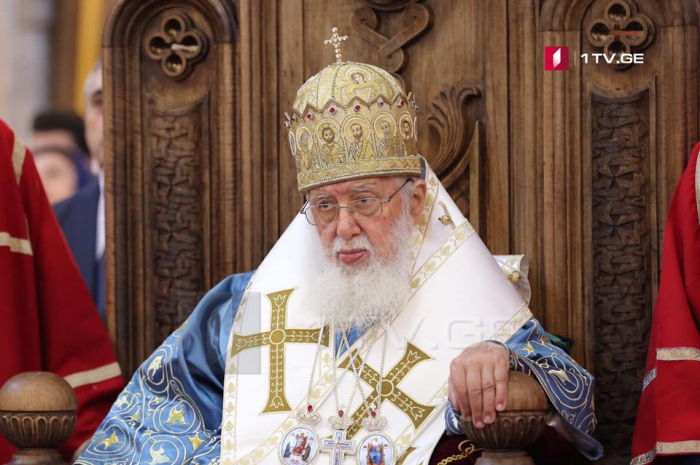 To begin with, faith in God itself is often not explained by rational things. Especially during disasters and trials. And in the Tradition of the Orthodox Church, there are cases when the sincere faith of people and their prayer helped stop the terrible epidemics.

It is logical that in the face of the threat of the coronavirus epidemic, Orthodox believers are seeking spiritual guidance from their pastor. Both His Holiness and Beatitude Catholicos-Patriarch of Georgia, Archbishop of Mtskheta-Tbilisi and Metropolitan of Pitsunda and Tskhum-Abkhazeti Ilia II recently consoled the faithful.

Patriarch Ilia II in his Sunday sermon on March 1, 2020, urged believers not to be afraid of the coronavirus and not to lose heart because he had a vision that a person could defeat this disease.

In this sermon, the Primate of the Georgian Orthodox Church, Catholicos-Patriarch of All Georgia Ilia II, also told the flock about the vision associated with coronavirus that he had on the eve of:

“The patriarch said that he saw a man of fiery color sitting on a horse, flew over his head and disappeared,” the publication reports. - Then a child approached him, spat on the ground, mixed his saliva with his finger and drew a cross on his forehead. This, according to the Patriarch, was a sign that with the help of the Lord and the Cross, a person will be able to defeat this disease”.

The Primate of the Georgian Church urged believers not to be afraid or lose their presence of spirit in any case.

“We pay great attention today to those events that have occurred around the world in connection with the coronavirus. Whether he comes from God, or from evil, I want to tell you one thing that without the Lord this would not have happened. And with the help of the prayer and blessings of the Lord we can overcome this ailment,” said Patriarch.

In principle, even from the point of view of ordinary life logic, what Elijah II said is very sensible. After all, essentially two options are possible - either humanity will defeat the coronavirus, or this virus will “finish off” humanity. And Patriarch Ilia II consoled the flock and urged her to believe that with God's help the coronavirus would be defeated.

However, the words of the Patriarch became the occasion for new blasphemous attacks on him and the Georgian Orthodox Church by forces hostile to her. In particular, the famous Georgian “youth” politician of Armenian descent, Georgy Tumasyan, an official representative of Georgia’s youth in the UN in the past, commented on the patriarch’s vision on a social network in a provocative and frank manner:

“Inform the world labs about stopping the vaccine.

But seriously, are we making any contribution to the vaccine? Zero. It is good that there is a civilized world in which science develops (the size of the state does not matter, this is clearly shown by the example of Israel and Switzerland). The stage of vision some passed about five hundred years ago, and some about two hundred thousand years ago.

In Soviet times, did the KGB sent a vision or did the internal SDT provide texts?” - wrote Tumasyan.

Recall that a citizen of Georgia of Armenian origin Georgy Tumasyan is also a representative of the Federation for World Peace in Georgia and the founder and executive director of the Peace Fund. At the same time, the Federation for World Peace is an NGO founded by Song Myung Moon in 2005 in New York, which has somehow gained consultative status with the UN ECOSOC (United Nations Economic and Social Council).

“Caucasus Plus” already wrote about this at the time in the article “The Armenian lobby pushed the member of the totalitarian sect Son Myung Moon George Tumasyan to represent the youth of Georgia at the UN (http://kavkazplus.com/news.php?id=14517#.Xl9BzSEzbIU).

An ordinary South Korean sectarian of Armenian made defamation on the Patriarch of Georgia. However, the Georgian Patriarch George blasphemes George Tuimasyan most likely fulfilling not so much the task of his South Korean “spiritual fathers” as Armenian nationalists, to which he certainly refers.

The Armenian Church, together with the Armenian Catholics, officially claim 465 Georgian churches.

Therefore, it is no accident that in the last period, with the participation of Armenian nationalists, a frank attack on the Patriarch takes place. This is probably a direct order, in order to undermine the dignity of the Patriarchate, the Patriarch and the Georgian Orthodox Church as a whole. The enemies of Georgia do not cease to fight Orthodoxy, with the sacrament of communion and everything that can save the Georgian nation.