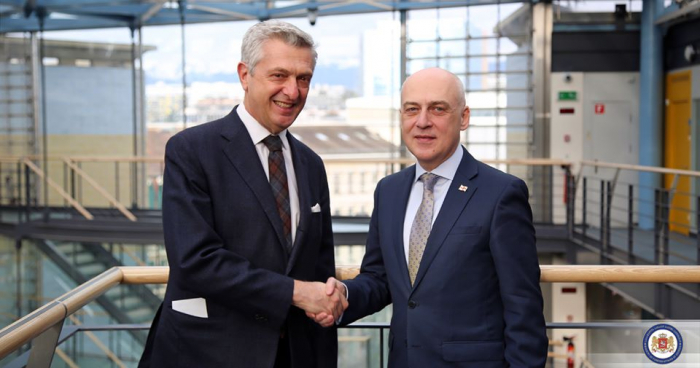 As InterPressNews was informed by the Ministry of Foreign Affairs, the sides discussed the successful cooperation between the Office of the United Nations High Commissioner for Refugees and Georgia, aimed at improving the situation of refugees and internally displaced persons.

According to the Foreign Ministry, special attention was paid to the difficult humanitarian situation in the occupied regions of Georgia.

At the meeting, the sides expressed concerns over the activities of occupying regime, which greatly complicates the humanitarian situation of local population as well as the security environment on the ground, including rise in kidnapping of people, closure of “crossing points”, prohibition of education in native language and restriction of access to medical needs.

The sides agreed to continue active cooperation on the human rights situation in the occupied regions and actualization of the issue of internally displaced persons on the international arena.