The Washington Times publishes an article by Giorgi Gakharia 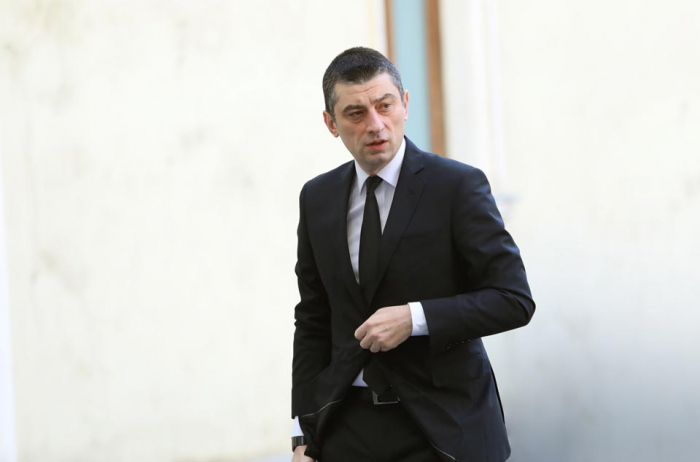 The Washington Times published the article by Georgian Prime Minister Giorgi Gakharia with the headline “Georgia deserves membership in NATO.”

In the article, Gakharia writes that the Black Sea region as a focal point for competing for geo-political powers. “The Black Sea serves as a buffer along Europe’s southern flank, helping to protect Europe, NATO, and vital U.S. interests from hostile powers,” Georgian PM says. Gakharia also writes that Russia opposes Georgia’s NATO aspiration to “advance its Black Sea strategies.”

“Russia continues to oppose full NATO membership for Georgia. Now is the time for NATO to answer our call for membership. Georgia has been promised full membership repeatedly by NATO’s leadership, and we remain hopeful that challenges to our NATO accession will be overcome — and soon. More Georgia in NATO and more NATO in Georgia will strengthen the Black Sea and Western security and also strengthen Georgia’s democracy and growing economy.

In the meantime, Georgia will continue to work closely with the United States and other NATO members to strengthen Black Sea security. In the last few years, this has meant providing well-trained troops for NATO operations, along with the expansion of NATO and U.S. defense activities, including new installations and frequent joint military exercises, on the territory of Georgia. We seek greater expansion of joint-exercises, more port calls and further development of our maritime infrastructure to bolster Black Sea security.

Georgians are justifiably proud that we provide outsized contributions to the vital trans-Atlantic alliance. We seek to demonstrate our deeply-rooted attachment to Western civilization and values through practical acts that strengthen both our resolve and our defenses against those who do not share them. Black Sea security is essential to global peace and stability, and Georgia is a steadfast partner in Western solidarity. For those reasons, our NATO friends should deliver on the promise of Georgia’s entry into this vital security organization,” Georgian PM writes.

Gakharia underlines that the United States has been a relentless supporter of full NATO membership for Georgia, for which Georgia is “grateful.”