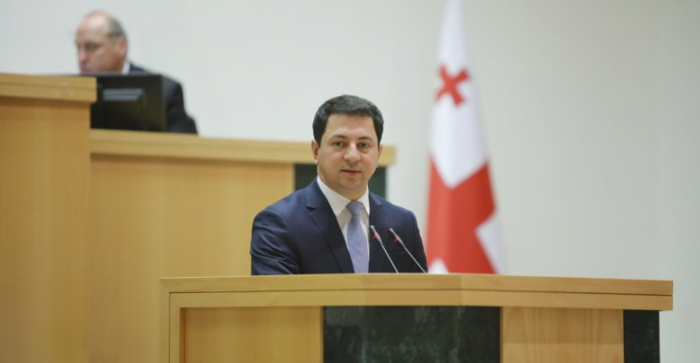 Archil Talakvadze, Speaker of the Georgian Parliament touched upon the problem of occupation in the annual report of the parliament’s activities for 2019.

Talakvadze said that the occupation of Georgia’s territories continued and the consequences of annexation were abduction of locals, murders, smuggling, limitation of free movement, illegal imprisonments, the prohibition of teaching in the native language and other violations of human rights.

“The response of the Georgian government to the occupation is a step to a better future, consolidation of international support, European and Euro-Atlantic integration, economic development, energy security and strengthening of democratic institutions,” Speaker of the parliament said.

According to Talakvadze, Russian occupation put Georgia’s occupied territories in face to face with a humanitarian crisis, military bases and continued separation of people artificially by the wall of barbed wires.

“The wall is targeted against time and international law. We will return our Abkhazian and Ossetian brothers and this generation will manage to unify Georgia,” he claimed. Talakvadze said that Abkhazians and Ossetians had the opportunity to use all the benefits that Georgia created through the means of the country’s development and European integration.

Prime Minister Giorgi Gakharia, governmental members and representatives of Diplomatic Corps are attending the presentation of the annual report.