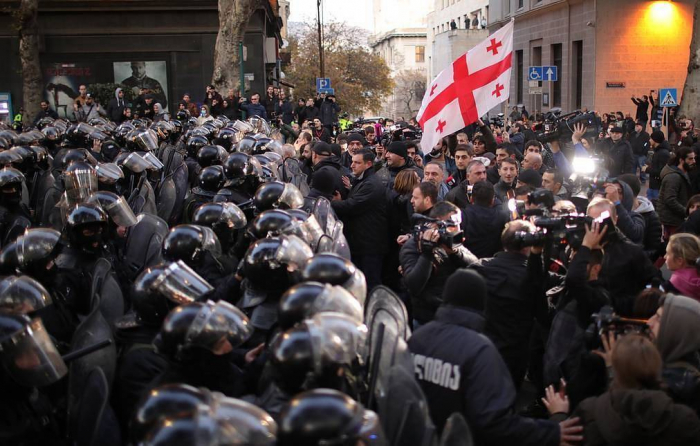 Civil activists have clashed with security guards at the Parliament’s building in Tbilisi.

The clash occurred after one of the activists tried to enter the Parliament’s building.

Today, lawmakers will listen to Irakli Shotadze, the candidate for the position of the Prosecutor General of Georgia.