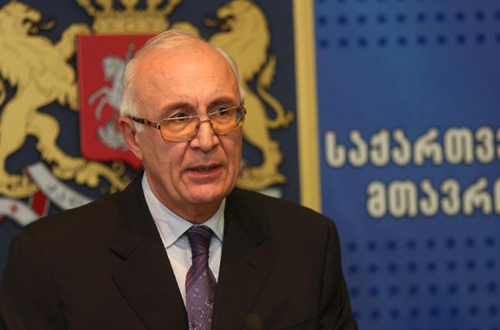 Zurab Abashidze, Special Representative of Georgian Prime Minister for Relations with Russia responded to the statement made by Maria Zakharova, Russia’s official spokeswoman about the visit of the Russian delegation at the next meeting of the Council of Europe’s Committee of Ministers in Tbilisi to be held in May.

According to Abashidze, Georgia as being the Chairman country of the Council of Europe is obliged to fulfill the international obligations taken before the organization. However, “Georgia is a sovereign country and everybody has to respect its legislation,” Abashidze said.

The discussion about who will lead the Russian delegation at the next meeting of the Council of Europe’s Committee of Ministers in Tbilisi is being used by provocateurs for their own narrow interests, – Russia’s official spokeswoman Maria Zakharova told Kamsamolskaya Pravda radio.

“Nothing should change in a sovereign state with the arrival or departure of representatives of another state. Otherwise, it means that it is something wrong there. It means that provocateurs are working, which use this moment for their narrow insidious interests,” Zakharova said.

She said Russia perceived Georgia as a sovereign state with its own interests. “Until the internal political situation in Georgia depends on who will come there from Russia and who will not, there will be problems. That’s all. You have to realize this,” Zakharova said.