“Transit of grain” of Armenia is a dangerous trend 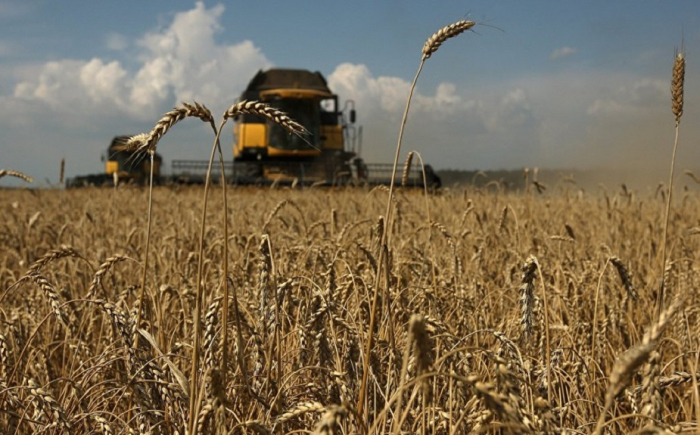 In international relations, there is an iron rule - if a country, under pressure from a neighbor, makes a decision contrary to its interests, this clearly speaks of its weakness and vulnerability. They will continue to press on such a country. Moreover, as a result of this pressure and permanent concessions, the sovereignty of the state can simply be trampled.

As you know, Georgia’s painful problem is the congestion of its road transport routes. Especially the Georgian Military Road passing through the Upper Lars checkpoint.

Due to separatist conflicts, the road through Upper Lars has become the only direct land route connecting Georgia with the Russian Federation. The same road was essentially the only "window to the outside world" for Armenia.

The capacity of the road passing through Upper Lars is limited, because of the abundance of trucks, tourists who travel to Georgia by passenger transport experience discomfort. This strikes at the most dynamically developing sector of the Georgian economy - tourism. Not to mention the fact that heavily loaded wagons break the pavement and force the state to spend huge amounts of money on road repairs. They create numerous emergency situations, especially dangerous in mountainous conditions.

Therefore, it is in Georgia’s state interests to reorient the transportation of goods from road to rail to the extent possible. Moreover, thanks to the new Baku-Tbilisi-Kars railway, Georgia today is connected with both the countries of the East and the countries of the West.

There are no problems with cargo transportation from same Russia to Georgia by rail, which is quietly carried out through Azerbaijan. There are also seaports in Poti and Batumi, to which the railway approaches. In the interests of the state, it is important to increase their load (especially since the performance of the same Batumi seaport has been falling in recent years). Therefore, Georgia could receive many cargoes, the same grain, by sea and then load them onto the railway. This would significantly relieve the motorways, lead to a reduction in the cost of their repair and modernization, and dramatically reduce the accident rate on highways.

It was quite logical and consistent with the state interests of Georgia prepared by the government a ban on the transportation of grain by road in Georgia. It was planned to be introduced in September 2018. This would have had a colossal positive effect: the loading of seaports and the railway would have increased, their economic performance would have improved. Not to mention the fact that it would become “freer" on Upper Lars, which would undoubtedly have a positive impact on the tourist flow. It is no secret that many tourists are simply frightened by the loss of time on the way and the customs on the Upper Lars precisely because the highway is overloaded with freight transport, almost the majority of which is in transit to Armenia.

However, the ban on grain transportation by motor vehicles, which was so necessary for the Georgian economy, was prevented by the unceremonious pressure on the Georgian government of the Armenian lobby and official Yerevan, which essentially began to interfere in the internal affairs of Georgia. And in fact, he achieved his goal, which Sputnik Armenia joyfully reports in the article “Grain supplies to Armenia and the decision of the Georgian authorities: can Yerevan find an alternative” (https://ru.armeniasputnik.am/economy/20200211/22021171/Postavki-zerna- v-Armeniyu-i-reshenie-vlastey-Gruzii-smozhet-li-Erevan-nayti-alternativu.html):

“The Georgian authorities have finally decided on the transportation of grain through the country. The government decided to leave everything as it is and allow importers to carry wheat not only by rail but also by road, said the director of the Center for the Study of the Transport Corridor of Georgia Paata Tsagareishvili in an interview with Sputnik Armenia.

A ban on the transportation of grain by road in Georgia was planned to be introduced in September 2018. However, even then it was necessary to postpone the date several times, until October 1, 2019, due to the mass protests of Georgian traders. As a result, the country's authorities finally allowed both types of transportation.

"The Georgian authorities decided not to impose restrictions on grain supplies in order to avoid monopolization of the sphere. Today, carriers can use both roads and rail," Tsagareishvili said. "

There are serious reasons to suspect that the aforementioned "mass protests of Georgian traders" were initiated and paid for by Armenian instigators and provocateurs. As well, however, and allegedly “labor conflicts” in the Batumi seaport, because of which the performance of the port has deteriorated sharply. There is a clear intention of certain forces to achieve the sale of Batumi port by Kazakhstani investors. Moreover, the Armenian press does not even hide that Armenia is interested in acquiring this port.

It is clear that Armenia and the Armenian lobby interfere in the sovereign transport policy of Georgia. Concession to the requirements of the Armenian side in such a completely sovereign matter as the internal rules of road transport of goods shows the flexibility of the Georgian authorities in matters of principle. So, having achieved this concession from Yerevan, they will continue to put pressure on Georgia, moreover, more directly on issues directly related to national sovereignty and territorial integrity. In particular, to allow the transit of goods for same Armenia through the occupied territories of Abkhazia and the Tskhinvali region, without de-occupying them and returning the refugees.