Tbilisi Mayor about Congressman Markwayne Mullin’s letter: His statement is not interesting to me 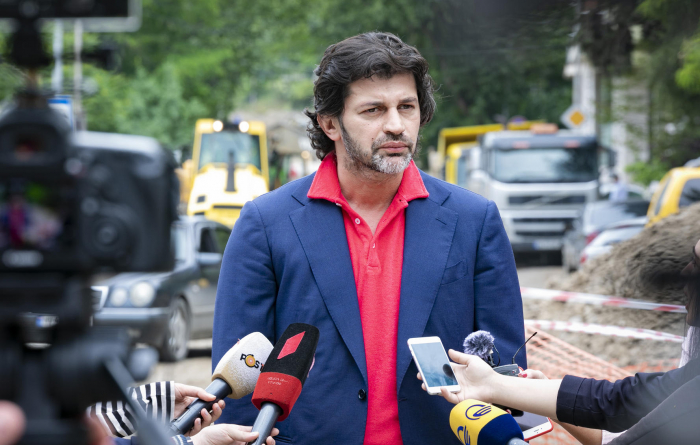 “His remark is not interesting to me, but the statement of official Washington is really important to me,” - Tbilisi Mayor Kakha Kaladze said while responding to the letter, sent by US Congressman Markwayne Mullin to Georgia’s Prime Minister Giorgi Gakharia.

Kakha Kaladze noted that he would not receive the gratuitous criticism.

“I do not know the content of the letter, but I will not receive the gratuitous criticism. The country has been developing democratically, and significant changes have been made since 2012.

The country is evolving, moving forward, as it is indicated in the official statements of all our international partners. This is his subjective opinion, his statement is not interesting to me, the official US statement is really important to me. We have seen an official statement indicating the reforms, which are being implemented in the country, and these reforms were welcomed. Statements made by a few congressmen are not interesting to me, "Kaladze said.

United States Congressman Markwayne Mullin has sent a letter to Georgian Prime Minister Giorgi Gakharia with concerns about the "deteriorating economic climate" for foreign direct investment (FDI), in particular for US energy companies in the country.