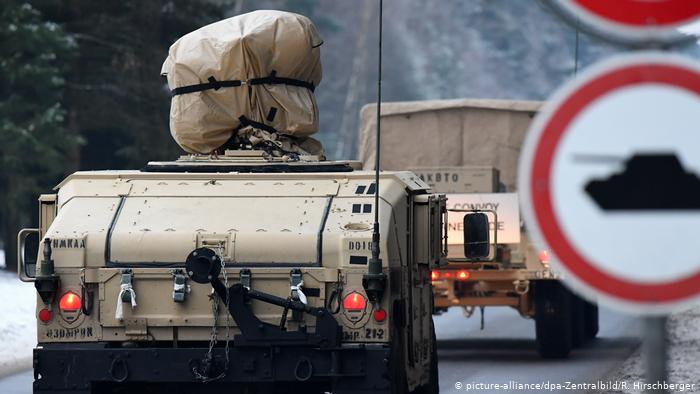 Massive military drill “Defender Europe 2020” starts in January. A total of 37,000 soldiers from 18 nations will participate in the exercise. Military drills will take place in Germany, Poland, Georgia, and the Baltic States.

The milestone “Defender 2020″ has five phases. As Army Recognition notes “in the second phase, an immediate response force from the 82nd Airborne Division will conduct joint forcible entries in Georgia.”

The first phase includes a reception, staging, onward movement, and integration, or RSOI, of a division-sized element while many other units, including a National Guard brigade, will draw prepositioned stocks in Belgium and Germany.

In the second phase, an immediate response force from the 82nd Airborne Division will conduct joint forcible entries into the country of Georgia.
The third phase has a division command post exercise that will have units spread out across the continent. It will also involve a Joint Warfighting Assessment to test multi-domain operations as well as capabilities being pursued by Army Futures Command.

Soldiers will then conduct a river crossing in the fourth phase, as well as the forward passage of lines and a maritime prepositioned force off-load mission. The fifth phase will consolidate Army forces and redeploy them.

The exercise will cover 4,000 kilometers of convoy routes and rely on 10 European countries to host exercise activities, Army Recognition stressed.
Among the host countries, Poland will be the one that will host the biggest number of troops – 1,000 US troops on a rotational basis in the coming years on top of the 4,500 who already operate in the country.

US Army Europe officials note that “moving and sustaining thousands of troops for months at a time, along with their tanks and armored vehicles, will cost the US about $340 million.”