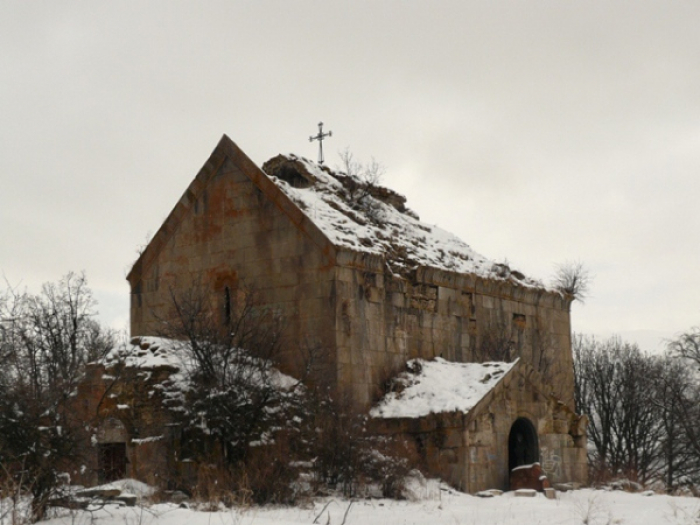 In the Russian and Armenian media, "research" of the genealogy of the new Prime Minister of Russia Mikhail Mishustin continues. Still, it turned out that the new head of the Russian government also has Armenian roots. And this unprecedentedly inspired the public of the Republic of Armenia.

But this is bad luck. As soon as such researchers of Mishustin’s origin “stumbled” on a village in the Republic of Armenia, which in their opinion is related to the roots of the new Prime Minister of Russia, it immediately became clear that it was generally initially “not entirely Armenian”. And without not mentioning the indigenous people of these places, the Turkic Azerbaijanis, an “investigation” doesn’t work out well.

This is what rusarminfo writes with reference to Woman.ru in the article “Armenian Village and surnames: “The Honey Secret” of the New Russian Prime Minister Revealed”

“One of the most popular Russian women's publications Woman.ru published a biographical article about the new Prime Minister of Russia, Mikhail Mishustin, whose candidacy was approved by the State Duma on Thursday. Talking about Mishustin, the publication notes that he was born in 1966 in Moscow and has Armenian origin on the part of the mother.

It is noted that its Armenian roots go to a small village in modern Armenia, the old name of which formed the basis of the name Mishustin.

“Mishustin is an Armenian by mother. They say that its roots come from the village of Taicharuh (now Megradzor) - (Honey Gorge - Armenian - ed.) Taicharuh from Turkic translates as “one slipper”, and in Armenian it sounds like “michust” - apparently, Michael’s ancestors got in Russia’s surname Mishustina, changing the letters “ch” to a more harmonious “sh”.

So let it be involuntary, but the “researchers” are forced to admit that the current village of Megadzor in the Republic of Armenia is of Turkic origin. Naturally, not a single Azerbaijani Turk after ethnic cleansing carried out by Armenian nationalists in 1988-1990 not left there.

But that is not all. If you examine the past of Taicharuh (Megadzor), it turns out that before the resettlement of Armenians here, not only Turkic Azerbaijanis but Georgians lived here. Moreover, the Georgian church that has survived to this day (naturally appropriated by Etchmiadzin) has retained its original Turkic name even in its current Armenian transcription - Tezharuyk (i.e. Taicharuh). And “Caucasus Plus” already wrote about this in the material “Georgian Temple 50 kilometers from Yerevan: Georgians once lived here!” (Https://kavkazplus.com/news.php?id=10845):

“Only some 50 kilometers from Yerevan, in the Kotayk Marz in the village of Megradzor, is the ancient Georgian monastery complex Tezharuik with the church of Tukh Manuk, XII-XIII centuries.

Tezharuik Monastery has the official status of a monument of republican significance. However, since the monastery is Georgian, then, apparently, funds are not allocated specifically for its reconstruction, and it is in a deplorable state.

However, Tezharuik, located in a wooded area on the right bank of the Tagus River (Razdan basin), more than 1900 m above sea level, is the most eloquent evidence that these lands were part of Georgia and Georgians lived here.

True, Armenian falsifiers absolutely unreasonably claim that there were no Georgians in this area, and the monastery belonged to the so-called “Armenian Halckedonites,” although there is not a single inscription in Armenian.

Tukh Manuk Church is an example of typical Georgian architecture. The temple was built with pure hewn stones of gray basalt; dimensions: 15.60 x 8.90 m. Compositionally - this is a one-nave, vaulted structure with a pair of bearing arch arches. Sacristies are located on both sides of the semicircular apse. Famous Georgian historical figures are buried in the church. The church was surrounded in the plan by a rectangular monastery wall; preserved a small southeastern section of the wall.

According to the inscription in Georgian on the south wall of the monument, the church was erected in 1196-1199. Ivan Mkhargrdzeli, a famous Georgian politician of Kurdish descent, whom the Armenians naturally “appropriated” and consider “Armenian”.

15 meters south of the church was a rectangular chapel in the plan, from which only a semicircular apse was preserved. On the territory of the monastery complex, there are traces of utility buildings. The cemetery is destroyed.

The conservation area of the monument is 1.3 hectares”.

Rather, the village of Taicharuh was originally inhabited by Georgians and Kypchak Turks, who were settled on these lands by Georgian king David-Agmashengebeli (The Builder). And only after the accession of this area to the Russian Empire, Armenian immigrants from Turkey and Iran began to settle here in large numbers.

Although, due to the policy of Armenian nationalists, neither Georgians nor descendants of the Azeri Turks in the ancient village of Taicharuh, renamed Megadzor, were left. And only a monument of that era, a church built by Georgians and Turks, has survived to this day.