Mishustin becomes the prime minister of Russia and the heir? 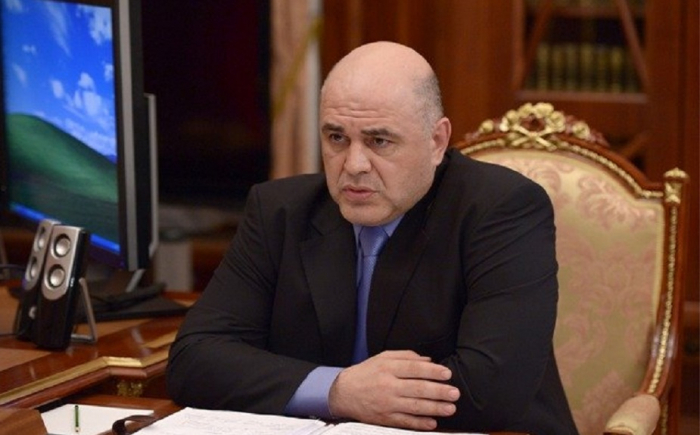 The Armenian lobby is close to fully controlling a huge state called the Russian Federation. This is how one can characterize the appointment of Mikhail Mishustin as the Prime Minister of Russia, which Armenian nationalists took with undisguised enthusiasm.

Still, Mikhail Mishustin is not only an Armenian, but to a greater extent, but he owes his career to a representative of the Armenian community.

Here are some reviews of Armenian nationalists in social networks:

"A politician with Armenian roots will become the new prime minister of Russia
Rumor has it that Mikhail Mishustin is half Armenian. The head of RT Margarita Simonyan spoke for his candidacy.

This summer, Mishustin visited Armenia, where he spoke at the WCIT-2019 World Congress on Information Technologies held in Yerevan, and then visited one of the most famous Armenian schools “AYB”.

Mikhail Vladimirovich Mishustin is one of those whom he brings to power structures by chance. He learned to be a systems engineer, and went to work in his specialty - to deal with computers at a certain AOZT "International Computer Club". The ICC was founded by Levon Amdilyan, a close friend of Mishustin. Many experts were inclined to believe that this friendship is not without reason since Mikhail Vladimirovich is half Armenian. "

It is clear that this is nothing good for the South Caucasus prime minister, dependent on nationalist tribesmen who do not promise. This is how the former Foreign Minister of Azerbaijan Tofig Zulfugarov commented on the decision of President Vladimir Putin to propose the candidacy of the head of the Federal Tax Service Mikhail Mishustin for the post of chairman of the Russian government.

“Armenians make up 0.89% of the population of Russia ... If M. Mishustin becomes the prime minister, and S. Lavrov retains the post of head of the Foreign Ministry, then there will be two ethnic Armenians in the government ...”, Zulfugarov wrote on his Facebook.

Appointment of Mishustin, apparently, was agreed with the Armenian lobby in advance. The same Margarita Simonyan predicted the appointment of Mikhail Mishustin to the post of head of the Russian government and wrote on Twitter that "The fate of Russia depends on how many we will be." Writing about the future prime minister, RT editor-in-chief Margarita Simonyan posted this post in her telegram channel: “Mishustin means digitalization, clarity, modern professionalism, decency, eliminating barriers to legitimate activity, non-standard solutions, openness to world technologies while taking care of proper sovereignty, hostility to tough force methods - in short, all that we really need now".

As for the notorious “digitalization,” then questions arise about Russia's security. Which, through the representatives of the "ancient people" in power, is, in fact, drawn into a globalist electronic concentration camp with total control over people. The center of this control will obviously be located outside the Russian Federation.

Recall that Mikhail Mishustin owes his career take-off primarily to the co-founder of the International Computer Club Levon Admin. Meanwhile, as you know, all computer technology was and is under the control of the West.

Mikhail Mishustin was engaged in the implementation in Russia of the latest global developments in the field of information control. Including such an area as taxation, where he, in fact, built a system of total digital control of the business.

Those who today praise the media of Mikhail Mishustin in every possible way emphasize that he thereby eliminated the corruption of the lower and middle tax authorities. However, no one is saying that this system has led to the complete liquidation of small and medium-sized businesses in various fields. Indeed, thousands of small and medium enterprises in the Russian outback survived with the opportunity to “negotiate” at the lowest level with the tax authorities and at least somehow get “relief”. Today it’s not.

The entire market is divided between large network structures, as well as ethnic businesses. And it’s clear that about such a “transparent” system, big business associated with the Armenian diaspora gets all the benefits.

Therefore, the leadership of Mikhail Mishustin of the federal tax service of the Russian Federation and the sharp strengthening of the Armenian business in Russia is more than interconnected.

Mishustin has not yet shown himself in foreign policy. But given that, with almost 100% probability, it will remain under the control of his fellow tribesman Lavrov-Kalantarov - support for separatism and redrawing borders, as well as “fixing” ethnic cleansing, is likely to continue. And this means that Georgia itself cannot count on the assistance of the new Russian Prime Minister on the issue of de-occupation of Abkhazia and the Tskhinvali region.

In addition, it is highly likely that Mishustin will succeed the current President of the Russian Federation, Vladimir Putin. After all, the personality of the prime minister is considered by many. Especially considering how the Kremlin propaganda of the new prime minister (for which Margarita Simonyan is responsible) of Mikhail Mishustin began to “unwind” - the coming to full power in Russia of a person with Armenian roots is more than likely.