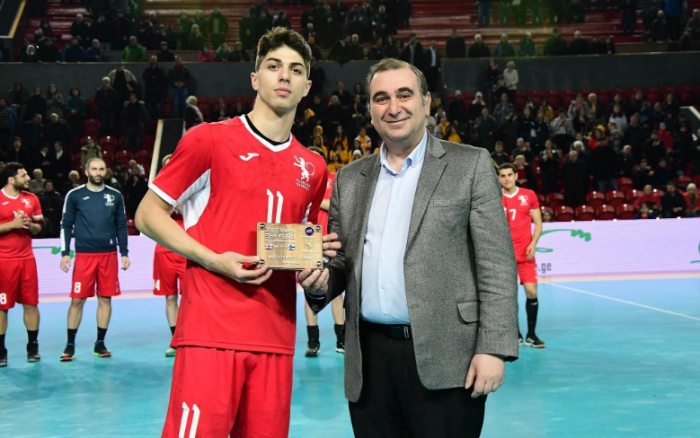 After the match, Mikheil Chkhenkeli, the Minister of Education, Science, Culture, and Sport, met the Georgian players and wished them success in the next game.

The Minister awarded Giorgi Tskhovrebadze, the best player of the Georgian national team.

The second match of the European Championship will take place on January 19 in Finland.

The winner of the two games will later play in the Euro 2022 Qualifiers Round.