Economy Minister: Another Large-scale Facility Added to our Energy System 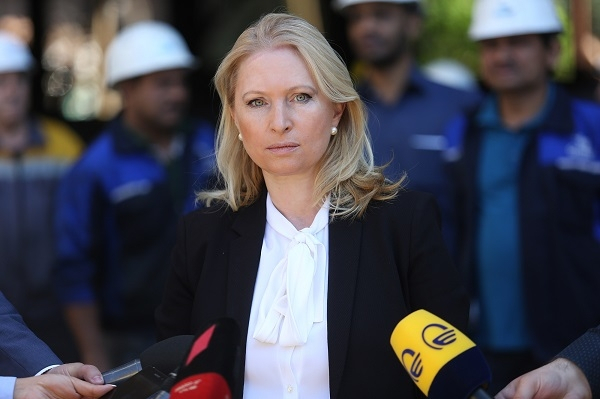 "One of our main goals is to support the construction of new generation facilities. Today, another large-scale facility will be added to our energy system, namely, 'Gardabani 2', a 230-megawatt thermal power plant," Natia Turnava, Minister of Economy and Sustainable Development, said at the official opening ceremony of the thermal power station.

The Minister says that the plant is a very important facility that provides Georgia's energy security with the uninterrupted power supply to the population and businesses.

“This new technology plant is twice more efficient as the old, so-called open cycle power plants. You know that energy is one of the priorities of our economic policy. We have high economic growth, which puts on the agenda the need for energy reform and the radical transformation of this sector. Under the direction and instruction of the Prime Minister of Georgia, we launched this reform in 2019. We have drafted and adopted new European legislation. We have created an open, competitive energy market, we have established an energy exchange,” Turnava said.

Turnava noted that renewable energy consumption remains a priority and 2020 is a special year in this direction. She also stressed the importance of building new thermal power plants, which would ensure the sustainability of the system.

“It is our reserve that ensures the stability of the system. For example, only this plant can cover 70% of Tbilisi's average monthly consumption,” she said.