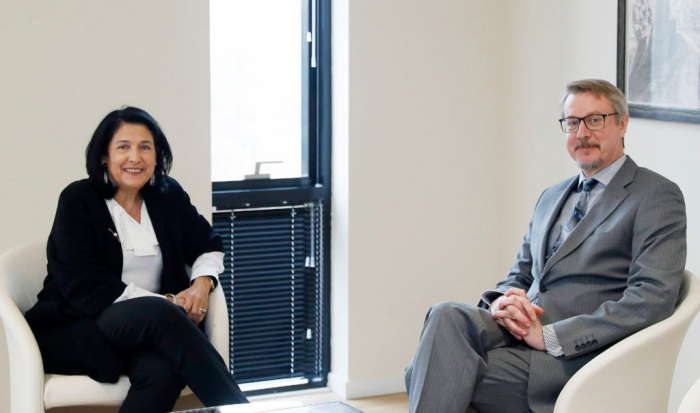 President of Georgia Salome Zurabishvili met with Carl Hartzell, Ambassador of the European Union to Georgia.

According to the President’s Administration, the situation in the country and the development of Georgia-EU relations were discussed at the meeting.

As Carl Hartzel said the meeting with the president was fruitful.

At the meeting with the President of Georgia, we discussed the situation in Georgia, both the political aspects and various projects of our future cooperation, as well as the general agenda of foreign policy for promoting development between Georgia and the EU.

The information was released by the president`s administration.