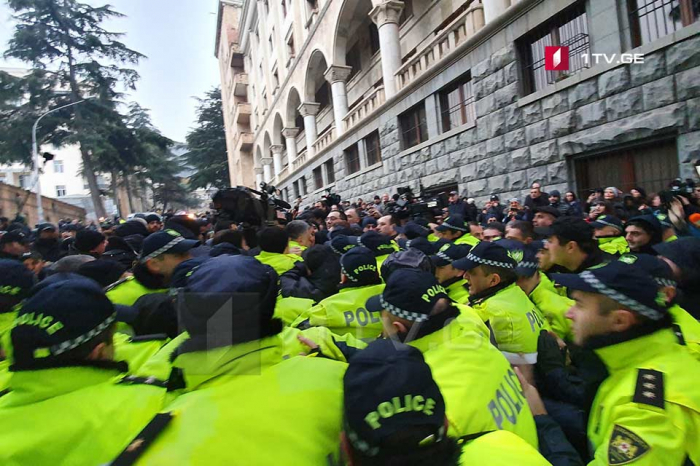 The minor clash took place between protesters and police during the protest ongoing at the Georgian parliament building.

Protesters tried to block the road. Police argued protesters to move to sidewalk from a roadway that led to a confrontation between them.

The police put several participants of the rally in the police vehicles and drove them away from the scene.