Davit Bakradze: We demand that Mrs. Zourabichvili apologize to the armed forces 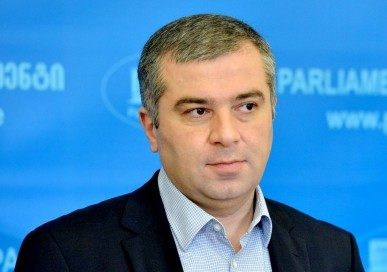 He said Salome Zourabichvili's statement "is an insult and an attack on the country's most respected and supported state institution."

“The Commander-in-Chief of Georgia says that Georgia does not have and will not have an army. We believe it is an insult and attack on the country's most respected and supported state institution. We must respect every person who, with weapons in their hands, protects the security of our country.

Each such person is a hero because they sacrifice their lives to ensure that this country survive.

Making such statements is an attack on the army and they undermine the institutional foundation of the state. It is especially alarming when a president does this, a person who must be engaged in strengthening the institution of the army.

We demand that Mrs. Zurabishvili apologize to the armed forces, every soldier and officer, and especially to those who have recently been injured in a terrorist attack in Afghanistan," Bakradze said.

The President of Georgia said yesterday that “We do not have an army or weapons, and we will not have them in the future either. We do not have a big economic potential to conquer the region, but we have a very powerful weapon called knowledge, science, and culture”.