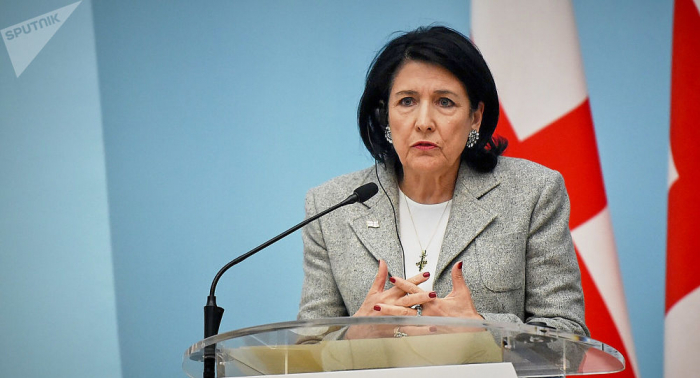 President Salome Zourabichvili has addressed the participants of the Euronest Parliamentary Assembly and asked for help in calling for the release of doctor Vazha Gaprindashvili.

As Salome Zourabichvili said at the Euronest Parliamentary Assembly, no one needs escalation, neither in the region nor in Europe.

“One month has passed since the doctor Vazha Gaprindashvili was illegally detained. A doctor’s activities should not be limited to borders. We must work out effective ways to overcome the Russian occupation. I cannot finish this speech without asking the Assembly to join us in our appeal for the immediate release of Vazha Gaprindashvili. I hope everyone joins this appeal,” Zourabichvili said.