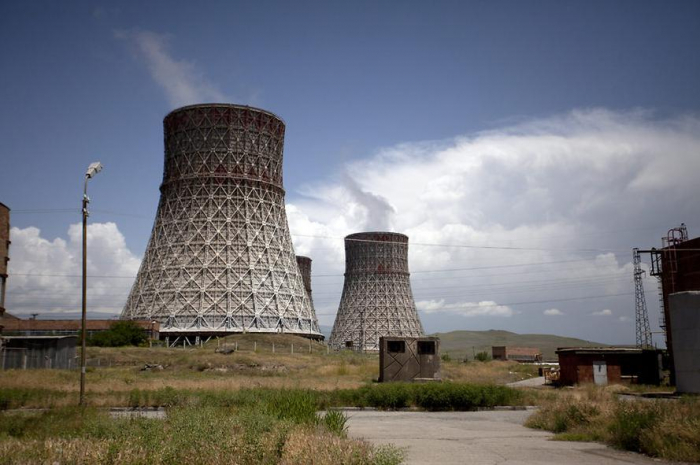 The farther, the more confirmed the fears that the Armenian or Metsamor NPPs, if it is not urgently taken out of operation and placed under tight international control, all nuclear materials related to this facility could cause a global catastrophe.

In particular, the Caucasus Plus fear is confirmed in the fact that it is thanks to cooperation with the regime in Yerevan that Iran, with a high degree of probability, already possesses the necessary amount of enriched raw materials for the production of full-fledged nuclear weapons.

In particular, during a recent meeting of the Supervisory Board of the International Luxembourg Forum on the Prevention of Nuclear Disaster in Geneva, its president, Vyacheslav Kantor, expressed particular concern about the situation surrounding Iran’s nuclear program. In his opinion, Iran has already exceeded the permissible limits for uranium enrichment: (https://mkisrael.co.il/video/2019/12/05/vyacheslav-kantoriran-uzhe-prevysil-dopustimye-predely-obogashheniya-urana.html)

Vyacheslav Kantor believes that the lack of a solution to the aggravated Iranian problem could lead to the creation of nuclear weapons by Iran in the very near future. Especially given the importance Tehran attaches to the development of nuclear weapons.

As Caucasus Plus has already pointed out, it is the interest in cooperation with the Yerevan regime in the nuclear sphere that explains why the Islamic Republic of Iran “does not notice” the genocide and ethnic cleansing carried out by Armenia against Shia Muslims both on its territory and illegally occupied Azerbaijani lands of Karabakh. And apparently, nuclear cooperation with Yerevan is already bearing fruit for Tehran. Enriched uranium (and Soviet-designed nuclear power plants, such as in Metsamor, are just designed to enrich uranium and produce weapons-grade plutonium - in addition to generating electricity) Iran will either have enough or soon enough thanks to the same cooperation with Armenia.

But not only the unauthorized use of the nuclear potential of the Metsamor NPP to create nuclear weapons by Iran today is a mortal danger to humanity. Equally dangerous are the security problems of the Metsamor NPP itself. For many years now, radioactive substances from this object have “spread like cockroaches”. Traders and smugglers of nuclear materials have repeatedly been detained in Georgia. How many managed to escape the detention? How much “nuclear mud” from Metsamor ended up in Georgian territory and in other countries? Nobody knows about this.

If the Armenian authorities do nothing at all in preventing illegal trafficking in radioactive materials, it can be assumed that the situation in other areas related to the safety of the Metsamor NPP (which is already hopelessly outdated) is catastrophic.

The danger of a global nuclear catastrophe precisely as a result of “failures” in the nuclear security system and as a result of cyber attacks was discussed at the aforementioned meeting of the Supervisory Board of the International Luxembourg Forum for the Prevention of Nuclear Disaster in Geneva. This was honestly reported in the information of RIA "Novosti" "Experts assessed the possible reasons for the outbreak of a nuclear war" (https://ria.ru/20191204/1561961226.html?fbclid=IwAR0i7_vBmVzhHRosE8Kj4QP77BqPbr-Gt9jMI9CyTQEipXmCHeJRc_f_6fg).

Vyacheslav Kantor, President of the Luxembourg Forum, emphasized that “The danger of a nuclear catastrophe is now higher than ever before during the Cold War. This danger does not lie in the deliberate use of nuclear weapons, but in the fact that war is possible due to human error, system error, misunderstanding or miscalculations. Risks are reinforced by new cyber technologies. “The degradation of strategic stability, combined with the collapse of the main arms control treaties, occurs simultaneously with the accumulation of crises and wars across the planet, which can lead to uncontrolled escalation and risks.”

According to Vyacheslav Kantor, cyber threats now directly concern the state infrastructure of nuclear states (Russia has repeatedly talked about the multiple growths of cyberattacks from abroad). The same factor can "theoretically contribute to the unauthorized use of nuclear weapons," the expert noted.

Former US Secretary of Defense William Perry at a meeting of the Luxembourg Forum in Geneva said that he personally, while working in the Pentagon, twice faced situations that threatened with a real nuclear apocalypse. The first is the Caribbean crisis when Perry was preparing analytical reports for President John F. Kennedy on incoming intelligence. The second event is related to the failure of the American NORAD missile attack warning system in 1979 when Perry was Under Secretary of Defense.

“At three at night, the officer on duty woke me ... He said that his computer shows 200 ICBMs on the way from the Soviet Union to the USA. He quickly explained that, in his opinion, the computer had crashed - and he called me to help to figure it out, ”Perry recalled. This experience, he said, "showed that there is a real danger of accidentally starting a nuclear war and because of a technical error."

Questions arise: if, judging by all the indirect data, the Metsamor Nuclear Power Plant is used with might and main to help Iran become a possessor of nuclear weapons, if there is no control over the leakage of radioactive materials from there, then all the more nothing is done to combat cyber threats. This means that terrorists and attackers may well have access to the control system of nuclear power plants. And provoke an accident and a nuclear catastrophe.

The vulnerability of both the Metsamor NPP and the entire energy system of Armenia to cyberattacks is obvious. Especially when you take into account the multiplicity of "cybernetic attackers" and hackers of Armenian nationality and their infestation with the ideas of extreme Armenian nationalism and terrorism.

Just as the Armenian terrorist group “Sasna Tsrer” seized its own, the Armenian police station, so Armenian hackers can threaten the catastrophe of the Metsamoku NPP on the basis of their crazy nationalistic ideas. Even without an earthquake (which is more than likely in the area of the Metsamor NPP), this object can cause a global nuclear disaster at any time.

It is very strange that at the same recent meeting of the Supervisory Board of the International Luxembourg Forum on the Prevention of Nuclear Catastrophe in Geneva, no one touched upon the obvious relationship between Iran’s possession of nuclear weapons and its cooperation with Armenia in this area, and the question of the immediate closure of the Metsamor nuclear power plant was not raised.