Did the assassins from the Bagramyan battalion look “at the nation”? And why should they “spare” the Abkhaz? 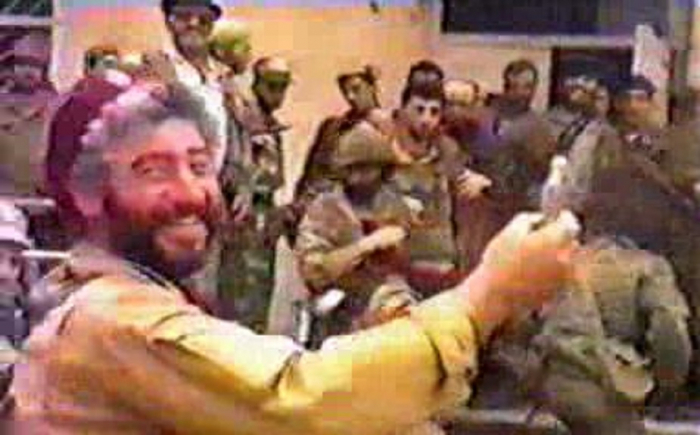 “Caucasus Plus” material (Did hunting for Armenians begin in Abkhazia? Or do Armenians settle scores with Abkhazians?) (https://kavkazplus.com/news.php?id=27215#.XeedFVQzbIU) forced the “jackal feather” from the separatist Abkhazia to start urgently “ make excuses ”and prove that, they say, there can be no contradictions and conflicts between Abkhazians and Armenians.

In particular, the journalist Vitaliy Sharia is trying to present the situation in the separatist Abkhazia in the article “Crime does not look at the nation” https://www.ekhokavkaza.com/a/30305754.html. But at the same time, anyone who is familiar with the realities of the separatist Abkhazia, having read this material again, will be convinced once again that the situation in the relations between Armenians and Abkhazians has reached a critical point.

“Crime is not looking at the nation. Or didn’t they abduct Abkhazians or representatives of other nationalities and kill them? ”Indeed, if we talk about abductions for ransom, then here come the crimes of recent years, where the Abkhazians appeared as victims ...” - quotes one of Vitaly Sharia’s words in an article Abkhaz online forum users.

From the very beginning, you can ask the author: are there really killers and looters from the Armenian battalion named after Bagramyan, committing their heinous crimes, killing civilians, "did not look at the nation." Or did they purposefully kill Georgians? Like the Abkhaz separatists.

But then, it turns out that they still looked at the nation! And now they’re ruining it too.

Two groups of killers and looters live side by side. Their manners have not changed. And this means that at the first opportunity, they will begin to kill and rob each other. Again - "looking at the nation."

The fact of the matter is that, until recently, Abkhazians, corrupted by looting and infected with crime, had a so-called “self-preservation instinct”. They understood that it’s more expensive to touch the Armenians. Mostly crimes were committed against defenseless and powerless Georgians.

In principle, crime has long swept over separatist Abkhazia. And this is in fact a continuation of the mass genocide of robbery and expulsion of the Georgian population in 1992-1993.

But the farther, the situation of the Abkhazians becomes more and more desperate. Many have not had a job for a long time, everything that has been “plundered”, all trophies have already decayed and turned to dust, trophy houses are being destroyed. And here is next, quite prosperous “masters of life” Armenians. So from despair and malicious envy towards more successful marauders, crimes are more than possible.

Moreover, now Armenian nationalists may well provoke such crimes in order to use them for “the final solution of the Abkhaz issue”, for seizing full power in separatist Abkhazia.

Vitpali Sharia reassuring the Abkhazians writes: “There are no political contradictions in the Abkhaz-Armenian relations, the Hamshens perfectly remember the history of their appearance in Abkhazia after the exodus from the Ottoman Empire and never claimed the role of the titular nation here, did not try to dispute the right of the Abkhazians to do so and to rule in the state. ". But here we need to add a significant point - for the time being.

Armenian nationalists have developed a very clear and well-thought-out "multi-path". First, with the help of Abkhazian separatists, Georgians were expelled. Then they waited until the Abkhazians corrupted by trophies degrade and begin to die out, and the Russian Federation with the help of the Armenian Lavrov-Kalantarov recognizes the "independence" of Abkhazia. Gradually took over the entire economy. They became demographically the largest ethnic group.

And now, they may well claim to become full masters in Abkhazia. Moreover, they know very well how Abkhazians deceived by them “love” them.

Armenian militants, without a twinge of conscience, killed their Georgian neighbors, whom they had just sworn "in friendship and brotherhood." Knowing full well that without Georgia, without Georgian transit, Armenia will not exist for a day. But that did not stop them.

Armenia does not even have a millionth share of Abkhazia’s dependence on the Georgians and Georgia. So, if something happens, there will be no mercy.

Any attempts by the Abkhazians to “twitch”, whether in the criminal sphere or in the political sphere, simply bring the sad end of the Abkhaz ethnic group closer.