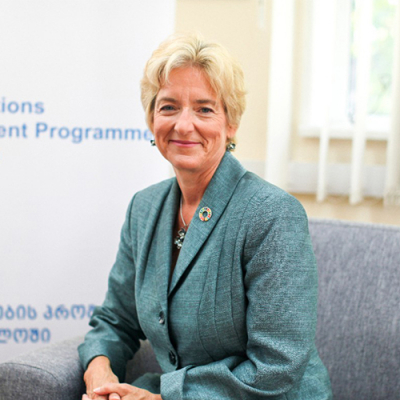 The promise was made and we expect that the promise will be delivered on, – Louisa Vinton, Resident Representative of the United Nations Development Programme (UNDP) in Georgia, told reporters when commenting about transformation onto a proportional electoral system.

According to Vinton, the proportional system will give all political parties a chance to portray themselves, which is a positive thing.

“There was a promise that a proportional electoral system would be introduced and we expect that the promise will be delivered on,” Winton said.

She also added that violence was getting alarming. “We observe developments on a daily basis. It is noteworthy that violence became alarming. We hope that this situation will be settled through negotiations,” Louisa Vinton said.