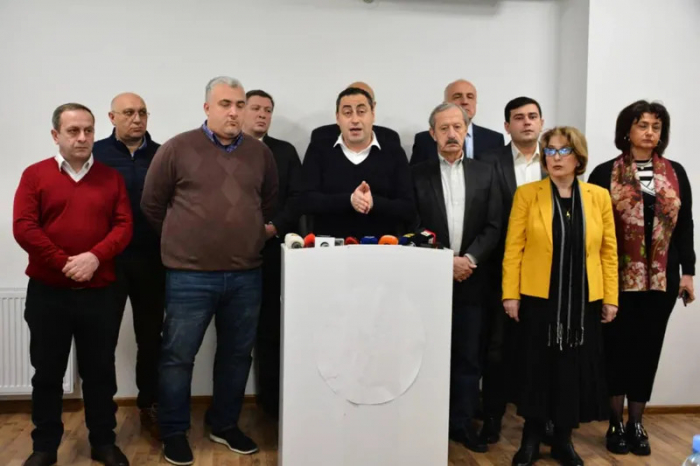 The opposition has registered a new bill in parliament regarding the change of the electoral system.

Representatives of the opposition explain that the draft law, developed by 30 opposition forces, implies holding of the 2020 parliamentary elections through a mixed electoral system.

“The opposition parties have submitted a draft law to the Parliament, which implies the so-called German model. This is a project aiming at reforming the electoral system. It involves the German principle, which means that all parties will get seats in the parliament according to the proportional vote results and it also involves multi-mandate majoritarian constituencies.

The bill was initiated by the National Movement and European Georgia parliamentary factions, it is developed by 30 political subjects and their representation. So there is complete consensus on the opposition wing. Now the ball is on the Georgian Dream's pitch and if they want to find a way out of this very acute political crisis, here is the solution, ”Sergi Kapanadze said.