The US Congressmen visited the village of Odzisi 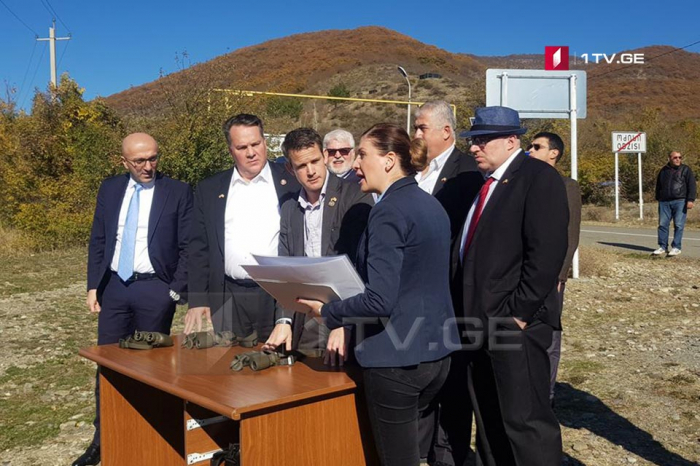 The US Congressmen had the opportunity to observe the Russian military base on the occupied territory from Odzisi village. As Adam Kinzinger said he is aware of the situation about illegal processes in Georgia’s occupied territories.

We also have information about illegal bordarization and inhuman treatment of Georgian citizens.

This is not only happening here but in Ukraine too. It is also illegal that Georgian citizens are not allowed to enter Georgian territory. We want to make it clear that Georgia is America’s Strategic Partner and we must urgently bring Georgia into NATO.

We visited Rehabilitation Center for Georgian Soldiers and as a soldier, I remembered the spirit of the Georgian people and soldiers. We stand by you. This is brotherhood and friendship, – Adam Kinzinger stated.

As Prime Minister’s Press Office stated, the Head of Government thanked Congressman Kinzinger for his leadership in the passage of the Georgia Support Act, and pointed out bipartisan support as a demonstration of the high level of Georgia-US relations.