US Congressmen welcome Georgia's significant progress in the recent period 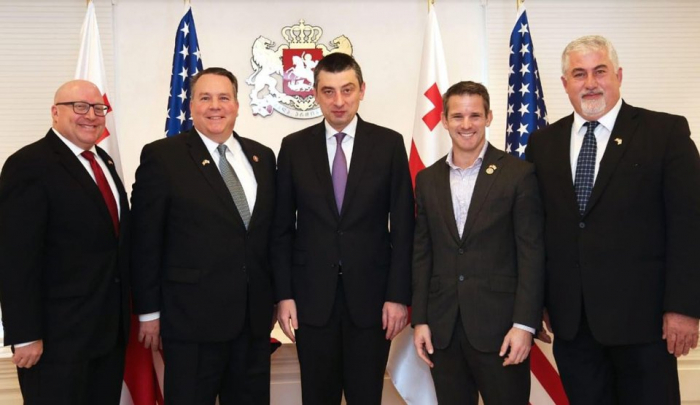 US Congressmen welcome Georgia’s significant progress in the recent period.

As Prime Minister’s Press Office stated, the Head of Government thanked Congressman Kinzinger for his leadership in the passage of the Georgia Support Act, and pointed out bipartisan support as a demonstration of the high level of Georgia-US relations.

The conversation revolved around the situation in Georgia’s occupied territories, the country’s ongoing reforms, and prospects of NATO and EU integration. The US Congressmen emphasized the country’s progress in recent years across a variety of areas. The meeting also discussed Georgia’s implemented and planned steps toward economic and infrastructural development,- Prime Minister’s Press Office statement reads.