“Armenization” of the Russian-Georgian border and Russian customs 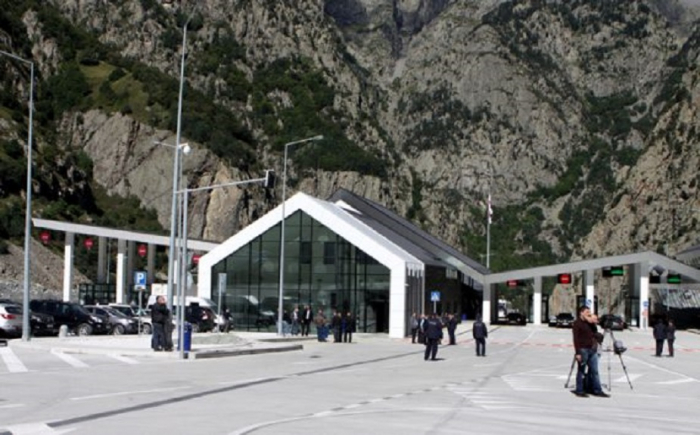 Imagine if there were Georgian customs officers appearing on the Russian-Finnish border from the Finnish side at the Finnish customs. And they would begin to inspect all the goods that go from Russia to the EU countries (and Finland is a member of the EU) and in the opposite direction. Moreover, they would first of all begin to pass goods from Georgia or to Georgia, and the rest would be delayed under the pretext of "congestion of the customs terminal." Or under other pretext.

How would Russian patriots react to this? Even if there were excellent relations between Russia and Georgia? Certainly, they would regard it as nonsense and as arrogant interference of the same Georgia in matters that concern only Russia and Finland (and in the person of the latter - the European Union).

But in the near future, Great Russia, a superpower, should cede part of its sovereign functions, namely, customs control to one small country. Which, in the first place, does not border Russia, but in the second, it completely depends on Russia. It is again about Armenia.

The fact is that the Customs Service of Armenia will in fact control Russian Customs at the Upper Larsi checkpoint. And it will be officially. According to the statement of the Chairman of the State Revenue Committee of Armenia David Ananyan, a representative of the Armenian customs will appear at the Russian checkpoint “Upper Larsi” soon. According to him, Yerevan has already agreed on this with the Russian customs, now the credentials of the representative of Armenia on the Upper Lars are undergoing approval.

“The issue has been resolved, there is agreement. It remains only in the near future to discuss the issue of a suitable candidate, after which we will have our representative at the checkpoint, ”David Ananyan reports to news.am.

And most importantly, from the fact that he will pass through “Armenian” cargoes at customs, freight carriers from other countries, including Georgia, Turkey, Iran, Azerbaijan will suffer. Their trucks will be "stupidly" delayed and they will stand in line for days until the "privileged" Armenians pass customs.

Even if there are no obstacles, the very fact of interference in bilateral relations is important. Why is it possible only to Armenia? And the very same Armenia would have been “happy” if the customs officers of Turkey and Azerbaijan had appeared on the Russian side of the border.

Moreover, Armenian customs officers on Upper Larsi can deliberately obstruct trade between Russia and Georgia. In order to banal blackmail.

It is no secret that Armenia has long been seeking permission to transit its goods through the occupied territories of Abkhazia and the Tskhinvali region without de-occupation and without the return of refugees. Georgia made it clear to Armenia that without de-occupation transit could not even be discussed, and recently the Armenian side has somewhat reduced its pressure on Georgia in this matter. But if Armenia has the opportunity to control Upper Larsi, then pressure and blackmail may resume with renewed vigor.

Georgia must respond to the facts of such arrogant interference of Armenia in its relations with other countries. Otherwise, by putting the Georgian border under control, in addition to the separatists actually controlled by the Armenian lobby in Sukhumi and Tskhinvali, Armenia will gain opportunities to limit the sovereignty of Georgia. And in this case, we must take into account that the Armenian lobby also supports separatism in the Georgian territory (in the same Samtskhe-Javakheti) - this can be dangerous for the Georgian state.