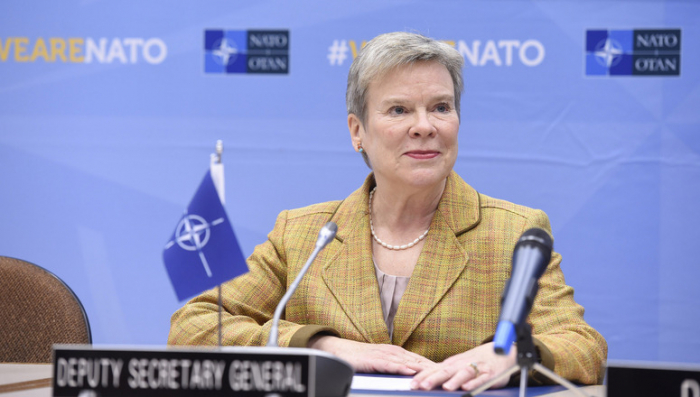 The first and foremost basis for NATO-Georgia cooperation is Georgia's aspiration to join the alliance - this decision was taken at the Bucharest Summit in 2008 and this decision is valid - Georgia will become a NATO member! - Former Deputy Secretary General of NATO, Rose Gottemoeller, said in her video address at the Defense and Security Conference in Batumi.

Rose Gottemoeller addressed the audience from Brussels and spoke about the NATO-Georgia cooperation.

“It is a pity that I am not attending this wonderful conference, but I am grateful that I had the opportunity to come to Georgia a few weeks ago as part of the North Atlantic Council's visit to Georgia. Our visit was held in Batumi and it is not just a coincidence that this wonderful city is hosting this conference as well. By doing so, we wanted to underline the importance of cooperation with the Black Sea region in general and with Georgia in particular.

NATO's cooperation with Georgia is unique and is based on several areas. The first and foremost basis is Georgia's aspiration to join the alliance. You all know that this decision was made at the 2008 Bucharest Summit. This decision is valid - Georgia will become a NATO member! Through years of working together, Georgia has been moving closer to NATO membership and this is supported by all allies. Georgia is making continuous progress through a number of mechanisms, which is the second direction of our cooperation. The format of the NATO-Georgia Commission (NGC) allows for political dialogue, and the Annual National Program (ANP) assists Georgia in carrying out the reforms needed for eventual membership in the alliance. The NATO-Georgia Substantial Package (SNGP) supports to reform your country's security and defense," Rose Gottemoeller said.

The former Deputy Secretary General of NATO talked about the NATO-Georgia substantial package and noted that a remarkable success was archived in five years.

She also recalled the North Atlantic Council's visit to Batumi in October, saying that it was a great honor for her to receive the Golden Fleece Medal from President Salome Zourabichvili.