Armenian parliament recognizes country's vulnerability in case of earthquake, but they are not going to close Metsamor NPP 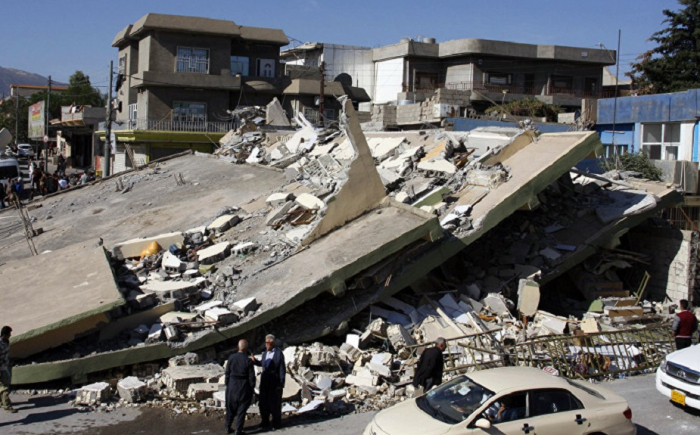 A recent hearing in the Armenian parliament called “Sustainable Armenia” once again showed the enormous danger posed by some technogenic facilities in the Republic of Armenia for the entire region of the South Caucasus and the Middle East. We are talking about the Armenian or Metsamor NPPs located in a seismically active zone and also obsolete both physically and mentally.

Any strong earthquake can have a catastrophic effect on the Metsamor NPP, lead to an accident and contamination with radioactive materials not only of the Republic of Armenia, but also of neighboring countries.

Such fears were only confirmed by the speech of the specialist in emergency situations, Rector of the Academy of Crisis Management Hamlet Matevosyan in the Armenian parliament. In particular, his entry was written in the Sputnik Armenia article under the eloquent heading: “Take a walk around Yerevan: the specialist is sure - Armenia is not ready to withstand the earthquake” (https://ru.armeniasputnik.am/society/20191018/20801456/Progulyaytes-po-Erevanu -spetsialist-uveren-Armeniya-ne-gotova-protivostoyat-zemletryaseniyu.html)

True, his speech seemed more like building and not observing building technologies in the capital of the country - Yerevan. As you know, this city is the only capital purposefully destroyed to the ground and built “from scratch”. Armenian nationalists completely destroyed the historic Azerbaijani city of Irevan and in present-day Yerevan does not recall anything about its real history.

But the construction of everything new in Yerevan is ongoing and was carried out without observing the necessary standards of seismic safety. Especially clearly violate all the rules during the reconstruction and reconstruction of buildings. Hamlet Mavtevosyan drew attention to this.

“Please take a walk along the streets of Yerevan, see how the 6th floor is completed above the corner of a 4 or 5-story building. I want to ask: if heaviness hangs in one corner of the building, what is its stability? You already made the whole building vulnerable. We mow the building on one side, and then we tear our hair out, saying that there were earthquakes and there are victims, ”said Hamlet Mavtevosyan.

The question is, even if Yerevan is a city visited by tourists and foreign delegations, due to wild disturbances during the construction and reconstruction of buildings in the event of an earthquake, it can be very damaged and absolutely not adapted for a seismic disaster, what can we say about the Metsamor NPP, which is not see foreign visitors and tourists?

Metsamor NPP is operated at full wear and tear, where if any repairs are made, it is clearly not enough. Moreover, given the corruption in the Republic of Armenia, preventive repairs at nuclear power plants can simply “save” and simply steal money allocated for safety measures.

It is strange why worrying about the fate of Yerevan in the event of an earthquake, none of the Armenian parliamentarians and experts raised the question of how dangerous the existence of the Armenian people is not so much remodels of Yerevan as completely incapable of surviving the Metsamor NPP earthquake. And this despite the fact that in his speech, Hamlet Matevosyan noted that an earthquake is not a disaster, but a geological phenomenon, first of all, with proper preparation of the consequences, you can avoid it.

“Earthquakes are a disaster if we are vulnerable. If invulnerable, there will be no tragic consequences. Therefore, to say that only a phenomenon is to blame, a danger that has fallen from above is not very correct, ”said Matevosyan.

It would seem that a conclusion simply begs from here: in order to avoid catastrophic consequences, it is necessary first of all to defuse the "nuclear time bomb" near Armenia and the entire region of the South Caucasus, the Metsamor NPP. But the same Hamlet Matevosyan did not touch on this issue at all. And none of the Armenian parliamentarians raised the issue of a nuclear power plant that clearly will not survive another major earthquake.

But this issue should be raised by the world community. No need to wait for the disaster. Immediate closure of the Metsamor NPP and taking under strict international control of radioactive substances on the territory of the Republic of Armenia is necessary, since there are already a huge number of facts when radioactive materials from the Republic of Armenia are illegally imported into Georgia.