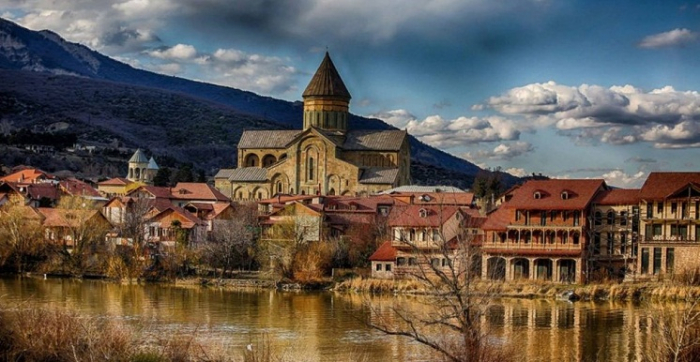 Today Georgia is celebrating the day of Georgia’s ancient capital city Mtskheta and its legendary cathedral-Svetitskhoveli.

The cathedral, known as the burial site of Christ's mantle, is a Georgian orthodox cathedral located in the historical town of Mtskheta, 20 km northwest of Tbilisi.

Each year on this day hundreds of believers and guests traditionally visit Mtskheta and the cathedral there.

In Georgian "sveti" means "pillar" and "tskhoveli" means "life-giving" or "living", hence the name of the cathedral.

It is surrounded by a number of legends associated primarily with early Christian traditions.

Svetitskhoveli is listed as a UNESCO World Heritage site along with other historical monuments of Mtskheta.