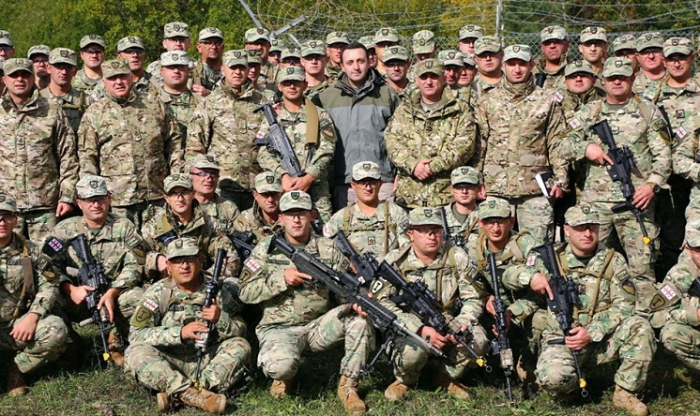 Georgian Defence Minister Irakli Garibashvili has met with Georgian soldiers in Hohenfels, Germany, where they are undergoing mandatory training before joining the NATO Resolute Support mission in Afghanistan.

Garibashvili attended the training with US generals, who gave positive assessments to the readiness of Georgian soldiers, the Georgian Defence Ministry reports.

Before leaving for Germany the soldiers underwent a four-month mandatory training course  in Georgia, on the Krtsanisi military base.

Georgia is the biggest, non-NATO member contributor to the Resolute Support mission with 870 soldiers.