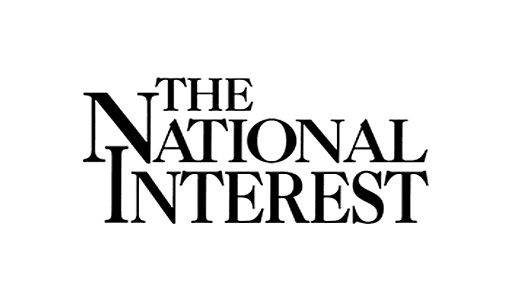 Georgia Deserves a Free Trade Agreement with America, – The National Interest published an article under this title.

As article notes Tbilisi has proven that it deserves U.S. commitment and a stronger alliance

Yet, despite Russia’s malign influence, Georgia has made tremendous progress over the past decade. The government has continued its march toward greater integration with the West, and it has made remarkable advances in liberalizing the Georgian economy.

A North Atlantic Treaty Organization aspirant since 2008, Georgia has been especially close with the European Union since 2014, when Tbilisi entered the EU-Georgia Association Agreement. Among other provisions, that pact established a Deep and Comprehensive Free Trade Area, giving Georgia the so-called “four freedoms” of the EU Single Market: free movement of goods, services, capital and people” – the article reads.

According to article Georgia has also maintained a solid partnership with the United States. It has contributed to the U.S. mission in Afghanistan for years, and still has 870 soldiers stationed there. This has been no mere back-of-the-line service, either. Georgia has suffered the highest casualty rate of all coalition partners in Afghanistan.

“Back home, Georgia has done an outstanding job of throwing off the shackles of its Soviet past and liberalizing it economy. The Heritage Foundation has published its annual Index of Economic Freedom since 1996. During that time, Georgia jumped from the ranks of “economically repressed” countries and joined the ranks of the “economically free.” Its ascension in Index rankings, from number 124 to number 16, is the greatest improvement on record.

For years the United States has discussed entering a free trade agreement with Georgia. Now is the time to do it.

For one thing, it would be a tangible demonstration of U.S. support for Georgia—something especially desirable ahead of next year’s parliamentary elections. It is a given that, throughout the campaign season, pro-Russian propaganda will assert that there is no point in voting for a pro-Western party since the West (supposedly) never reciprocates Georgia’s overtures. Entering a U.S.-Georgia free trade agreement would destroy that argument.

But this isn’t about sticking it to Russia. Through its economic reforms and its heroic support of the West on the international stage, Georgia has proven itself worthy of being a free trade partner. And the table is already set to make it happen”, – reads the article by the National Interest.

As publication notes, a high-level trade dialogue exists between the United States and Georgia. It was introduced in January 2012. The Georgian Embassy’s website describes the dialogue as “a platform for deepening bilateral economic relations [that] has the potential to increase trade and investment between the two countries.”

“The United States and Georgia also have signed a bilateral investment treaty and a bilateral trade and investment framework agreement. A free trade agreement would only strengthen an already strong Georgia-U.S. trade relationship.

However, if the United States desires to have an immediate impact on furthering Georgia’s western integration and demonstrating its support, then Congress needs to quickly confirm Kelly C. Degnan as U.S. ambassador to Georgia. For a year and a half now, the U.S. embassy in Tbilisi has had no ambassador, and the effects of that have been felt among Georgians.

Georgia has proven that it deserves U.S. commitment and a stronger alliance. It’s also shown that it is capable and deserving of a free trade agreement with the United States. There’s no time to waste in creating one”, – he article notes.