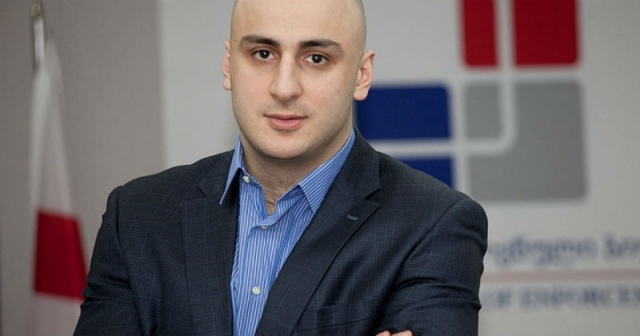 The judge of Tbilisi City Court declined to change any of the preventive measures applied in the case of United National Movement opposition party MP Nika Melia, who stands charged with incitement to violence during June protests in Tbilisi.

Melia, who is on bail, still has to wear electronic monitoring bracelet and will not be able to leave his home without the consent of law enforcement agencies.

Six opposition MPs were present at the hearing who were ready to act as guarantors.

Melia requested the judge to initially discuss the issues of the guarantors as “the MPs were in a hurry to attend parliament session.”

However, the judge refused to “violate procedures” and said that the issue of the removal of the prevention measures would be discussed first.

In response Melia accused the judge “of serving the ruling party and wearing the Georgian Dream shirt under his robe.”

After being warned several times Melia was dismissed from the court hall.

Melia vows he will not obey the restrictions any longer.

Melia was released on 30,000 GEL [$10,000] bail on June 27 and was prohibited from leaving home without previously informing law enforcers, making public statements in public areas and communicating with witnesses.

Wearing the electronic bracelet, which will allow the court monitor how the MP adheres to its decision, was a condition added by the judge of the Court of Appeals on July 2, as demanded by the prosecution.

Melia and the opposition say that the charge has political grounds.