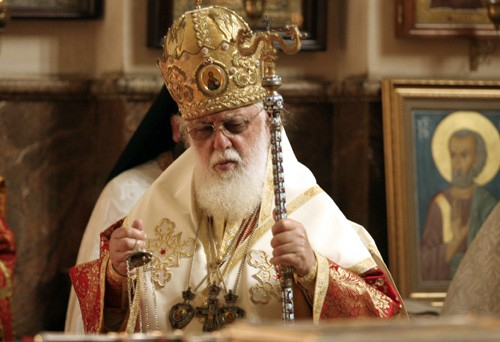 The letter reads that based on the agreement concluded between Georgia and Azerbaijan, the state border at this section passes the line as drawn in 1936-1938, and according to the map made in these years, Chichkhituri and Udabno Monasteries are located on the territory of Georgia unlike Bertubani Monastery, which is an inseparable part of Davit Gareji Monastery Complex, that is on the territory of Azerbaijan.

“Based on the order of the Georgian Republic’s government of April 21, 1991, the polygon around the territory of Davit Gareji Monastery Complex, and other land plots were handed over to the Georgian Patriarchate. The property ownership was inked by the constitutional agreement reached between the government and Georgian Church on October 14, 2002.

The activities of the Azerbaijani side are not understandable based on which access is, in fact, rejected to believers, church persons and tourists to Chichkhituri and Udabno Monasteries starting 2019. This means that the reality has been changed illogically that is unacceptable,” reads the letter.

Patriarch says he hopes that before completion of the delimitation and demarcation process, the status-quo will be restored and the believers and church persons will not face problems on the territory.

Ilia II also expresses hope that Georgian and Azerbaijani people will evaluate the situation correctly and will make a fair decision, and that there will be no alternative to the neighborly-friendly relations between the two nations.

The address is published on the webpage of the Georgian Patriarchate. With the same letter, Georgian Patriarch also addressed Chairman of the Caucasian Muslims Office Sheikh ul-Islam Haji Allahshükür Hummat Pashazade.