Frank-Walter Steinmeier: Path of independence is unwavering will of Georgians to establish democratic, free state 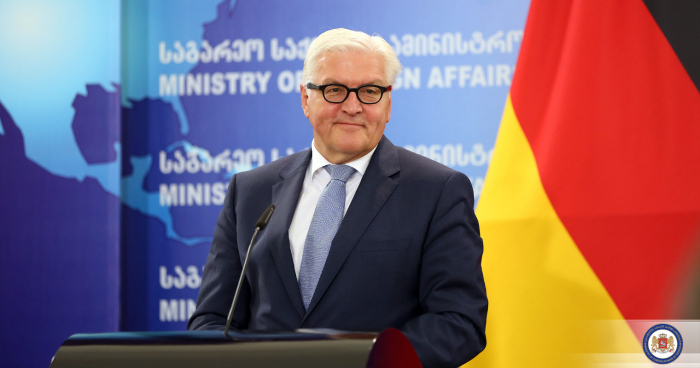 The path of independence is the unwavering will of the Georgian people leading to establish a democratic, free state,  – the President of the Federal Republic of Germany Frank-Walter Steinmeier said at a joint press conference after the meeting with Georgian President Salome Zurabishvili in Tbilisi.

Frank-Walter Steinmeier thanked Salome Zurabishvili for hosting and noted that this was his first visit to Georgia with the rank of President of Germany.

“I thank on behalf of the German delegation for the very cordial reception in Tbilisi. This is really my first visit to Georgia with the rank of the president, although I have visited Georgia many times as Minister of Foreign Affairs, the last visit of the German President to Georgia, if I remember precisely, took place 22 years ago, ” – said Steinmeier.

Frank-Walter Steinmeier spoke about intensive cooperation between Georgia and Germany.

“This is political, economic, cultural cooperation. I am very glad that I arrived in Georgia as President of Germany.

The path of independence is the unwavering will of the Georgian people leading to establish a democratic, free state.  Germany has been an active supporter and one of Georgia’s major partners along this way” – German President said.