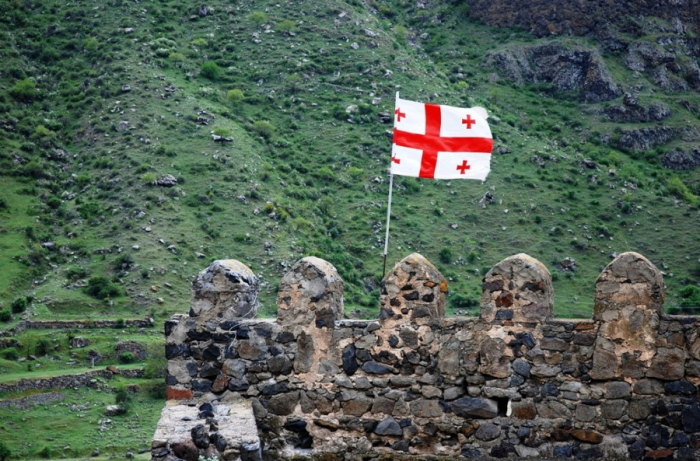 Recently, the geopolitical situation in the South Caucasus has sharply deteriorated. And this is due not only to the presidential elections in Georgia. It became obvious that Russia, after the recent Maidan coup, finally loses the Republic of Armenia, and this loss is painful for the Kremlin elite. Since in recent decades, the Russian elite has relied on the Armenian lobby and Armenian interests in the post-Soviet space.

For the sake of Armenian interests, the Kremlin maintained an absolutely insane and harmful, primarily for Russia itself, separatism and the reshaping of borders. In order to please the Armenians, the Russian authorities did not even begin to return the Russian refugees to Chechnya, who left her during the hostilities. Although it was obvious that the same Kadyrov had not gone anywhere, and if the Kremlin had demanded, he would quietly settle these Russians in Chechnya. However, today the Russians will return - to Chechnya, tomorrow the Ingush - to the Prigorodny district, the day after the Georgians - to Abkhazia, and then the Azerbaijanis in Karabakh. Armenian lobby does not need it. Therefore, the change in the ethnic composition of the population because of wars and ethnic cleansing, they seek to fix it "forever" everywhere.
Exactly for Armenian nationalists Russia conducted a policy of suicide, including in relation to the Russian people, and now cannot get out of a kind Armenian trap.

Meanwhile, "on the Armenian front," Russia is waiting for an inevitable defeat. After the extraordinary parliamentary elections in Armenia, the Armenian parliament will have not only pro-Russian, but also even Russian loyal forces. Russia will inevitably lose both the base in Gyumri and all the influence in the South Caucasus.

At the same time, on the eve of this defeat, the Armenian lobby in Russia may try to use Russia's geopolitical potential for the last time to resolve Armenian interests. Namely, to organize the collapse of Georgia and the separation from it Samtskhe-Javakheti (or as it is also called by the Armenian nationalists “Javakhk”) according to the Karabakh scenario.

The reason for this can be “standard” - internal instability in Georgia and the threat to Armenians of “Javakhk”. It was the internal instability of Ukraine that led to the annexation of the Crimea in 2014, which took place with the direct participation of a representative of Armenian nationalist circles in the leadership of the Russian Federation - Sergey Lavrov-Kalantarov.

The task of destructive forces is simple: to destabilize the situation in Georgia after the presidential elections and under the pretext of “protecting the rights of the Armenian population” to bring in foreign troops. Just as they were introduced in 2014 in the Crimea. Moreover, the Russian base in Gyumri is very close to the region, and Russian troops are stationed on the territory of Georgia in the occupied territories of Abkhazia and Tskhinvali.

It seems that certain forces are pushing Russia towards this adventure. After the Georgian state will be dismembered and destroyed, Armenia will still “throw” Russia, but with the help of Russia through Javakhk, it will receive the desired “corridor” to the outside world.

It is unlikely that the Armenian separatist rebellion in Samtskhe-Javakheti will be limited. Armenian extremists will certainly try to organize a “corridor” to the Black Sea.

That is why any destabilization in Samtskhe-Javakheti is so dangerous, especially related to the current elections. Georgia is facing the mortal threat of another conspiracy of its enemies from among the Armenian nationalists. This plot can be insidious and everything can happen unexpectedly. Approximately the same as Georgia’s loss of Abkhazia. After all, the same Shevardnadze sent troops into Abkhazia by request of the Armenians in order to unblock the railway communication. As a result, he received the militants of the battalion named after Bagramyan, the loss of Abkhazia and the genocide of the Georgian population.

Now certain forces in Russia can go on aggression against Georgia this time in order to “take the Armenian population of Javakhk under protection (as in 2014 they “took the Russian-speaking population of Crimea under protection”). Moreover, the propaganda that the “Saakashvili revenge” in the current presidential election (the victory of his supporter Grigol Vashadze) “is dangerous for Armenians” is in full swing.