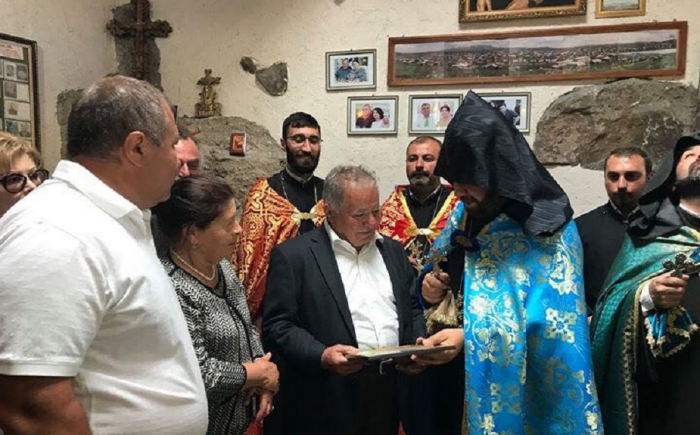 About a month ago, on August 24, 2019, the Ethnographic Museum named after Albert Isoyan was opened in Samtskhe-Javakheti in the village of Satkha. The museum is private. As Albert Isoyan himself said, the museum "will be transferred to the state, which itself will appoint directors and employees." But when this will happen and whether it will happen at all, Isoyan did not report.

Alber Isoyan, a retired Armenian language teacher at a local school, will turn 81 years old in November. He, according to regional media, a teacher, poet and ethnographer, has published eight books mainly dedicated to Javakheti.

“From childhood, from school, I loved antiques. When over time there were a lot of them, especially when our lost church books of the 18th century were found, I decided to allocate a room for a museum at home. This idea gradually diverged so much that it became a real museum. And today this idea has come true,” says Albert Isoyan.

In honor of the opening of the museum, a festive concert was organized, which was attended by performers from Armenia, Tbilisi, Akhaltsikhe, Akhalkalaki and Ninotsminda. A festive treat was organized for all guests.

At the same time, at the opening of the museum was the whole elite of the Armenian community in Georgia, not counting the guests from Yerevan. So here were the Ambassador of Armenia to Georgia Ruben Sadoyan, the Head of the Armenian Apostolic Diocese in Georgia Archimandrite Kirakos Davtyan, the head of the Vicariate of Samtskhe-Javakheti and Tsalka, Wardapet (archimandrite) Ter Magakia Amiryan, ethnic Armenians - the leaders of the municipalities of Ninotsminda and Akhalkalaki.

But there was not a single state official of Georgian nationality. All this looks at least strange.

The scale of the museum is amazing for a small village. This is despite the fact that in the Armenian villages of the Georgian region of Samtskhe-Javakheti even the necessary socio-cultural facilities, such as cultural houses, libraries are not funded and are in a state of complete decline. And here the museum, and even in the small village, has almost "metropolitan" proportions.

The truth is that the museum was built with the financing of the children of Isoyan - Arthur, Armine and Azat Isoyan, who invested a lot of money in it. On their own funds, on the way to the museum, the Norik bridge was built, the opening of which also took place at the event.

Nevertheless, the children of Isoyan do not intend to return to their native village, as Albert Isoyan himself told jnews reporters a year ago (jnews.ge).

“To build a large building for the museum, Albert Isoyan was helped by sons living in Russia. Isoyan says the museum can also serve as a means to return home. To our question whether the museum would also serve as a way to return his sons to their homeland, Mr. Isoyan paused for a moment, then said no, it was too late for them. ”

Albert Isoyan’s children, don’t really need a museum, but they allegedly allocated the money for it.

A museum in a small village is a rarity in Georgia, especially a private one, especially in a huge new building to which a new bridge has been built. It is clear that huge expenses were spent on the museum that even rich businessmen could not afford, especially since there would be no return on these investments for them. And at the same time everyone is told that the initiator of the museum was a “modest” 80-year-old pensioner teacher who was helped by his sons from Russia.

However, everything falls into place when you consider why the Armenian nationalists need this museum. Having no historical rights to the Samtskhe-Javakheti region, they are trying to falsify and appropriate Georgian cultural monuments and Georgian churches. This can be done by methods already sealed by Armenian falsifiers - by “throwing” supposedly “ancient Armenian” artifacts by replacing Georgian inscriptions on stones and fragments of ceramics with Armenian ones. And it seems that there are already “preparations”. It is no accident that Alber Isoyan speaks of some 18th-century books, although the Armenians in Samtskhe Javkheti appeared only in the 19th century.

But it is only problematic to organize the production of counterfeit secretly from the Georgian authorities. Need a "cover." In order not to arouse suspicion of state authorities. Under the guise of a "private museum", you can organize a real factory of falsifications, which then pass off as supposedly ancient Armenian "cultural finds."

Until recently, Armenian falsifiers tried to import fake historical artifacts from Armenia in luggage and backpacks. But a khachkar or a stone plate with a falsified inscription to imperceptibly move across the border is not so simple. And now, under the guise of a museum, Armenian falsifiers, in fact, may have a whole workshop for the production of falsified artifacts - from khachkars to massive tombstones with inscriptions.

All this is a direct threat to the historical security of Georgia, especially when you consider that the Armenian nationalists lay claim to 465 Georgian churches in Georgia. It is completely possible that in these churches they will deliberately throw falsified “ancient” plates and stones with Armenian inscriptions, cross-stones. At the same time, all evidence of the Georgian origin of the churches will be destroyed.

It is also dangerous that this private museum is located in a region where separatist moods are artificially inflated by Armenian nationalists. In fact, this museum may become the unspoken headquarters of the separatists who seek to separate the Samtskhe-Javakheti region from Georgia according to the Karabakh scenario. Therefore, the Georgian state, in particular the Agency for the Protection of Cultural Objects, should take control of the activities of the new museum in the village of Satha, since the likelihood that the museum will become a center of historical falsification, as well as propaganda of separatism, is very high. 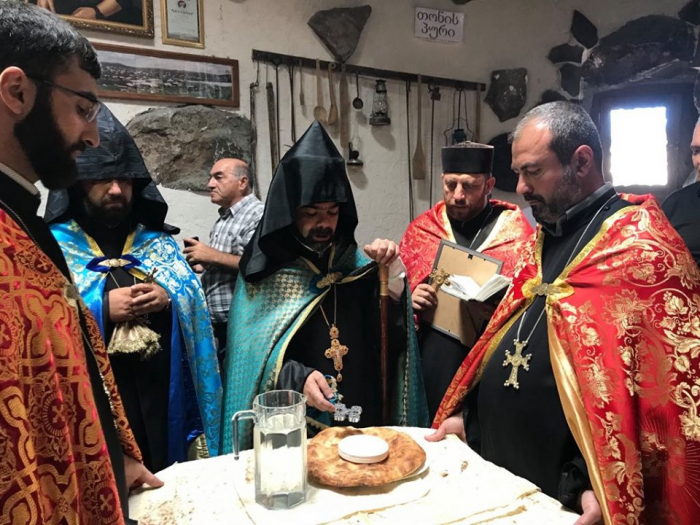 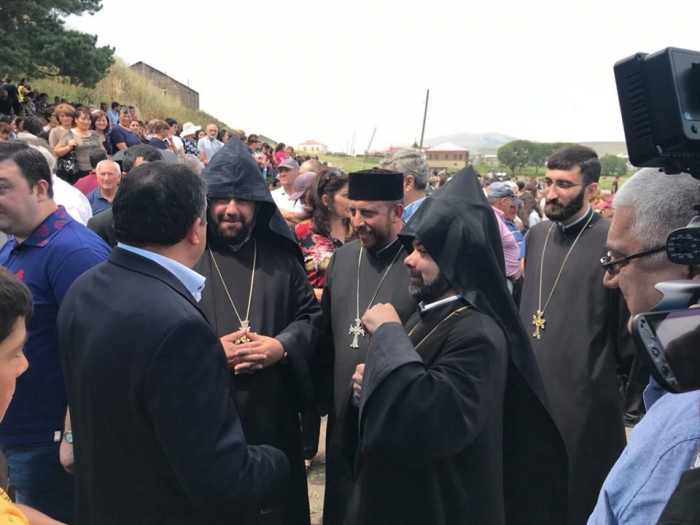 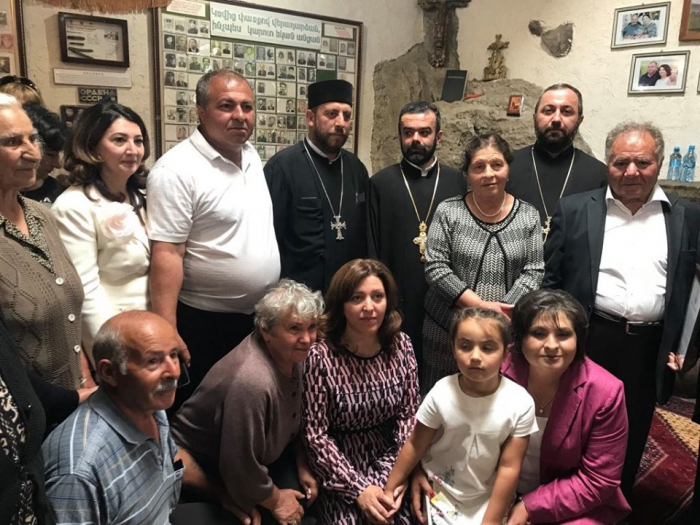 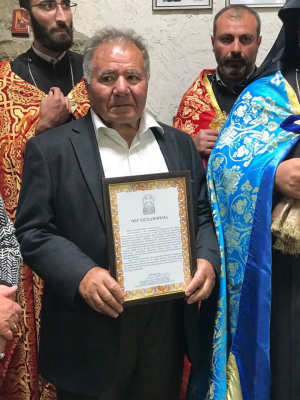 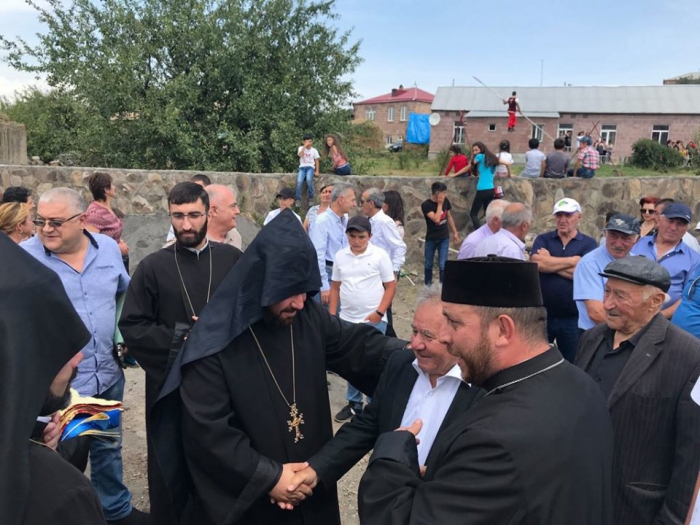 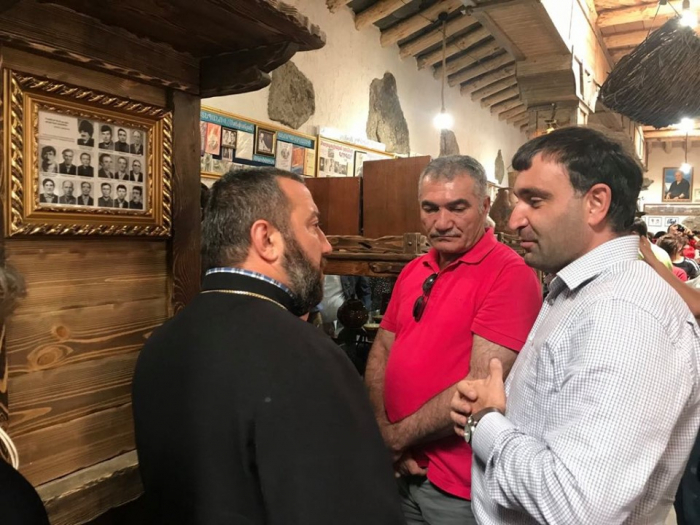 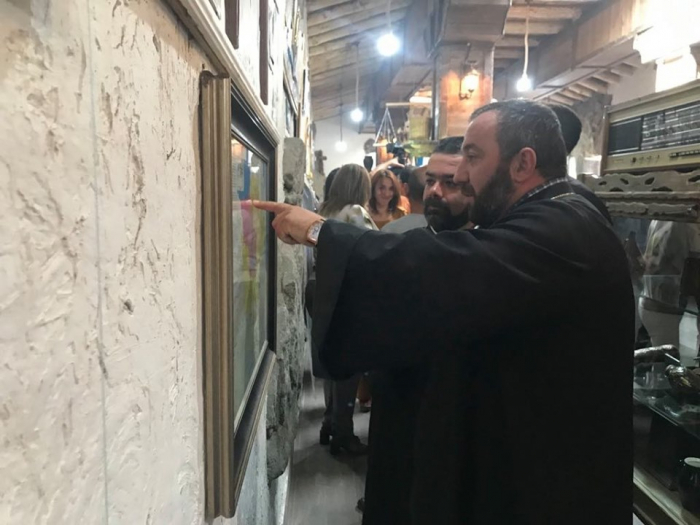 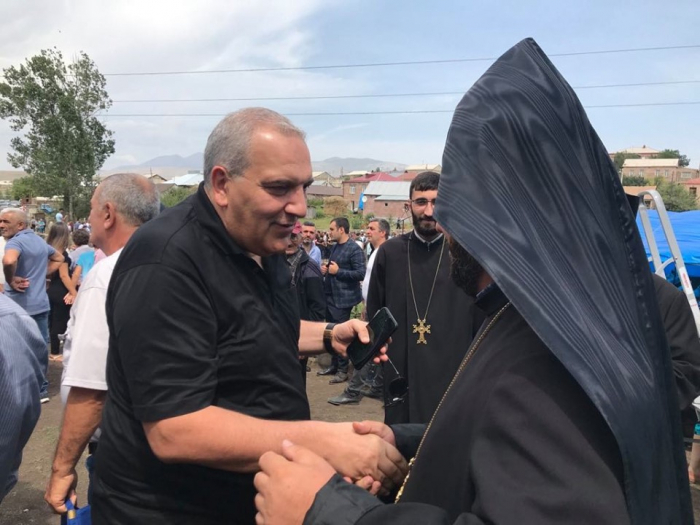 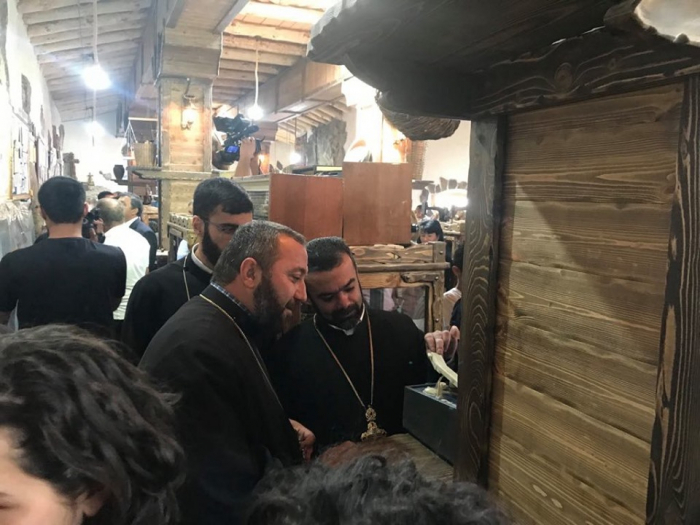