Protests in front of Parliament to end today 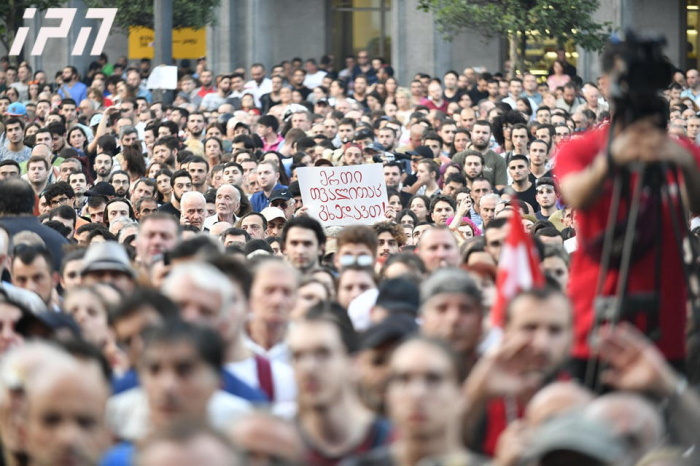 Rallies underway in front of the Parliament building on Rustaveli Avenue for 3 months, demanding the resignation of Prime Minister Giorgi Gakharia, will end today, - Giga Makarashvili, one of the organizers of the protests, told InterPressNews. However, that he added that symbolic rallies will be held on the 20th day of every month on Rustaveli Avenue.

“Our goal now is to ensure that the 2020 elections are held in a transparent, democratic and non-violent manner. That is why we are going to defend every vote and not give the pro-Russian authorities the opportunity to rig the elections. Personally I am going to visit every district and every village to meet the population and listen to their ideas and to have our representative at every polling station in 2020," Giga Makarashvili said, adding that a rally will be held in front of the parliament building at 19:00 today.

According to him, after the end of the daily rallies, protesters will follow Giorgi Gakharia everywhere across Georgia.