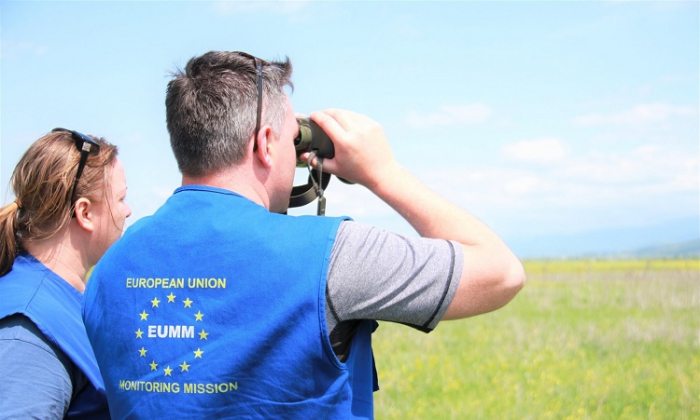 The Georgian State Security (SSS) says that the occupying forces are carrying out illegal works at  two locations within Tbilisi-administered territory, near the village of Chorchana, in the Khashuri municipality.

The actions are destructive and carry high threats, making the situation tense on the ground and complicating the lives of locals,” SSS told the IPN news agency.

The agency reports that the European Union Monitoring mission (EUMM) and participants of the Geneva International Discussions will cooperate to address the problem.

A hotline has also been activated,” the SSS stated.

They have already completed one post and are now constructing another,” Lomidze said.

On September 6 the central Georgian government confirmed that a ‘police post’ was opened by occupying forces near the village of Tsnelisi [bordering Chorchana], in the Kareli Municipality.

Previously on August 29, Tskhinvali demanded the Georgian checkpoint in Chorchana be dismantled and left the Incident Prevention and Response Mechanism meeting in protest, citing ‘security threats’ created by the new checkpoint as the reason for their departure.

Tbilisi refused to dismantle the checkpoint and stated that talks will continue with the de facto leadership to ease tension on the ground.

Tskhinvali said that they would build ‘their own checkpoint” in Tsnelisi “to defend locals.”