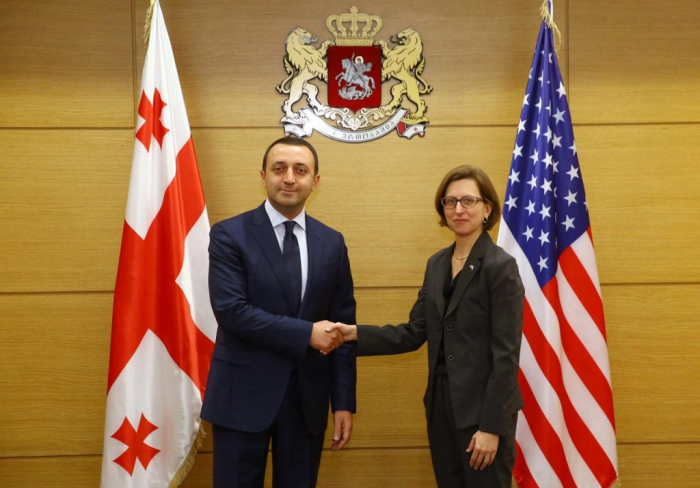 Strengthening military cooperation between Georgia and the United States, developing Georgia’s territorial defense capabilities and Georgia’s contribution to international security were key issues discussed during the meeting between Minister of Defence of Georgia, Irakli Gharibashvili and Deputy Assistant Secretary of Defense of the United States, Laura Cooper.

According to the press office of the Ministry of Defence of Georgia, the sides discussed the issue of renewal of the framework agreement on defense and security cooperation, which will be signed within the framework of the visit of the Georgian Defence Minister to the US in the near future.

The Minister emphasized the strategic partnership between Georgia and the United States and thanked Laura Cooper for the political and practical support of the US Government.

“We have a wonderful agenda for future cooperation and many opportunities to deepen our strategic partnership which is based on successful reforms implemented by the Ministry of Defence of Georgia and it enhances our capacity under the Georgian Defense Readiness Program. I look forward to continuing our cooperation with the Ministry of Defence of Georgia”, – said Laura Cooper.