In the separatist Abkhazia, the Armenian lobby "painted" the victory in the "elections" to its puppet Raul Khajimba 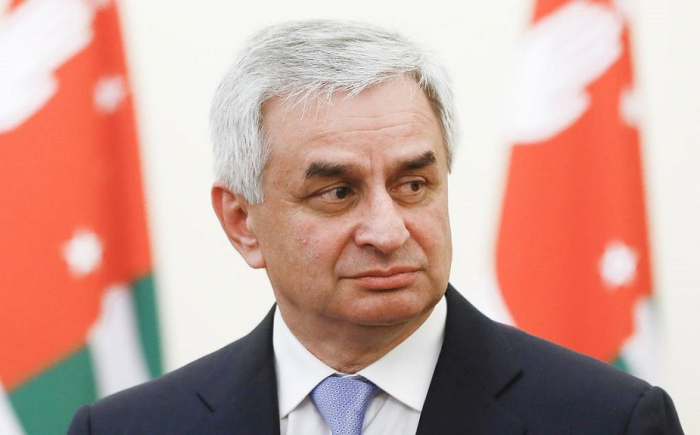 According to the results of the so-called "presidential elections" in occupied Abkhazia, the separatist CEC "gave the victory" to the current so-called "president" Raul Khadzhimba. This is despite the fact that this figure does not cause anything but hatred and contempt among the population of Abkhazia.

However, the Abkhaz people in Abkhazia have not decided anything for a long time. The Kremlin occupying Abkhazia and the powerful Armenian lobby, which in turn affects the Kremlin, decides everything. And so, they decided to leave the "old" puppet in power. Despite the hatred of the majority of Abkhazians towards Raul Khajimba, despite the wild corruption and rampant crime.

The voting results (naturally “drawn”) were a shock to the population of the separatist territory. Prior to the second round of elections, the majority of Abkhazians wondered “with what score” Raul Khadjimba would lose to opposition candidate AlkhasKvitsiniya. 60:40? Or 70:30?

But after the end of the vote at the headquarters of Raul Khadjimba their candidate was declared victorious, and on the morning of September 9, the separatist CEC published information according to which 38,742 voters voted for AlkhasKvitsinia, 46.99%, and 39 741 - 47,38% for Raul Khajimba.

At the same time, the overwhelming majority of Abkhaz Armenians voted for Raul Khadjimba and, in fact, they gave him a “mandate for a further “presidency”. But not without falsifications. The impudence of the ruling separatist regime was that, engaged in large-scale falsifications, he accused the opposition of "unfair elections".

In particular, the headquarters of the current “president” Khadjimba said that the opposition “has facts of intimidation of residents of Armenian villages and other settlements.” Obviously, it was clearly given to understand - "do not even dare to agitate the Armenians." They vote as indicated by the leaders of the Armenian nationalists. And they made it clear that they support Raul Khajimba. Indeed, it was Raul Khadjimba who, in essence, promised when entering the Armenian community that separatist Abkhazia would become “sea and air gates for Armenia” - what “Caucasus plus” already wrote about:

Now the Abkhaz opposition is trying to recover from the shock and is feverishly trying to organize. Indeed, so recently, neither the invaders nor the Armenian nationalists dared “wipe their feet” against the Abkhaz people so bravely. And now they’re not even shy. It was decided that Khajimba would be the “president” and “drawn” him the desired percentage of votes.

“In order to avoid unpredictable consequences that could be fatal for our country, the CEC is obliged to declare the elections invalid,” the statement said.

However, to whom do Abkhaz oppositionists turn to? Who will listen to them?
Occupants and Armenian "masters" Khadjimba as a puppet suits. The world community does not recognize the so-called “elections”. Nauru, Venezuela and Syria clearly support the Kremlin’s policies.

All the vaunted "democracy" and "independence" of the separatist Abkhazia resulted in the fact that the Abkhazian people simply impudently imposed a puppet ruler, who apparently intends to accelerate the process of degradation and extinction of the Abkhazian ethnic group, as well as the transition of the Abkhaz land to the new Armenian "masters".