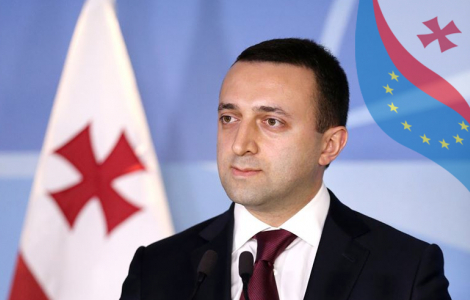 Minister of Defence of Georgia Irakli Garibashvili met with Executive Vice President of the US Atlantic Council Damon Wilson and senior officials of the Analytical Center.

“One of my top priorities will be to further strengthen high-level strategic relations with the United States. Our goal is to become the ally of the US in the region and a full member of NATO and the EU through democratic development and strengthening national defense and sustainable capabilities. Our Euro-Atlantic aspiration is backed by strong support from the Georgian public, and this is reflected in the Constitution, which demonstrates the irreversibility of our foreign and security policy course” – Minister of Defence said.

The meeting focused on the security situation in the region and the challenges, Russia’s aggressive actions and hybrid threats. It was noted that 20 percent of Georgia’s territory is occupied by Russia, which is still actively seeking to bring its neighboring countries under its influence and weaken their democratic development. The parties also discussed ways to tackle these challenges, which will be achieved through strengthening national defense capabilities, along with international support.