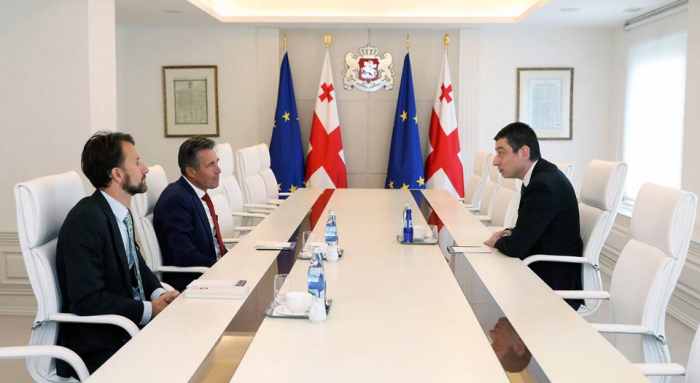 “European and Euro-Atlantic integration of Georgia is a choice made by the Georgian people and our government is loyal to this cause” – stated Giorgi Gakharia, Prime Minister of Georgia at a meeting with Anders Fogh Rasmussen, former Secretary General of the North Atlantic Treaty Alliance (NATO) held in Tbilisi, Georgia.

Anders Fogh Rasmussen is visiting the country within the scope of an international conference organized by the Economic Policy Research Center (EPRC) and McCain Institute. Head of Government of Georgia expressed gratitude to the visiting dignitary for supporting European and Euro-Atlantic aspirations of Georgia.

According to Prime Minister’s Press Office, discussions were related to the fruitful cooperation with NATO in various directions, including the joint efforts aimed at the increased compatibility of Georgian defense forces and improved defense capabilities of the country.

Former Secretary General of NATO praised the achievements made by Georgia and noted that he will continue to support the country in the process of North-Atlantic integration.

Focus at the meeting was made on the current position in terms of security and challenging humanitarian condition witnessed at the occupied territories of Georgia. Prime Minister of Georgia once again confirmed loyalty of the Government of Georgia towards peaceful resolution of the conflict and peace-building policy at large.

Anders Fogh Rasmussen congratulated Giorgi Gakharia upon his appointment to the position of the Prime Minister of Georgia and wished success in all his future endeavors.