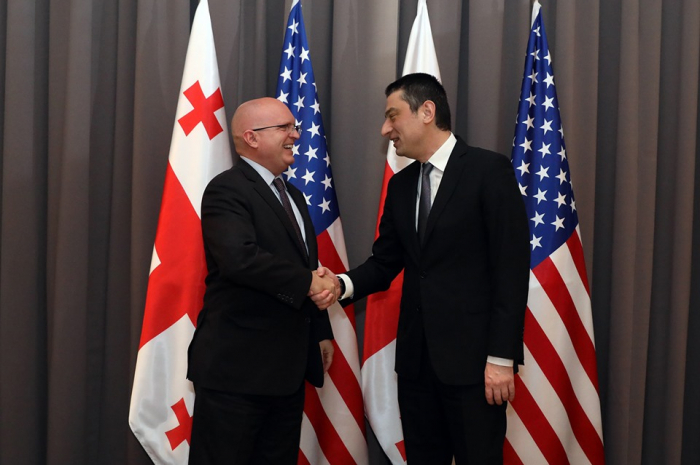 Further deepening of strategic partnership with the United States, as well as European and Euro-Atlantic integration, is an firm priority of our foreign policy, - Georgian Prime Minister Giorgi Gakharia said at the meeting with acting US Assistant Secretary of State for European and Eurasian Affairs Philip Reeker.

At his first official meeting as the head of government, Giorgi Gakharia highlighted all key areas of US-Georgian relations, including strengthening of security and economic cooperation.

For his part, Philip Reeker underlined the necessity of extending and deepening the strategic cooperation between the two countries.

The importance of continuing efforts to further consolidate democracy and strengthen democratic institutions was stressed at the meeting.

Other topics of discussion were the situation in the region and grave security situation and humanitarian situation on the occupied territories of Georgia. Philip Reeker expressed concern over the recent developments near the occupation line and the so-called borderization process, noting that the United States continues to urge Russia to fulfill its obligations.

The Acting Assistant Secretary of State congratulated Giorgi Gakharia on the appointment to the post of Prime Minister of Georgia and wished him success.