Deputy Enzel Mkoyan, unveiling monuments to the executioners of the separatists, is brazenly robbing the Armenian population of Javakheti 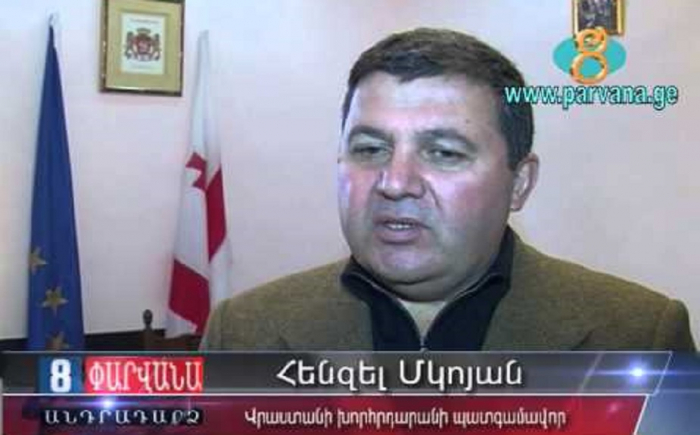 Georgian MP Enzel Mkoyan, who formally “represents the interests of the Armenians of Samtskhe-Javakheti”, already fell into scandal at the beginning of this year, being one of the main organizers of the installation of the monument in the Akhalkalaki municipality, separatist militant Mikhail Avagyan, who left his bloody mark in Georgian Abkhazia and Azerbaijani Karabakh. He and another deputy - Samvel Manukyan - were present and spoke at the scandalous opening of the monument.

Deputy “Enzel Mkoyan sees the“ interests of the Armenians ”of the Georgian region of Samtskhe-Javakheti in the propaganda of separatism, and ethnic cleansing and the heroization of the separatists. The question arises: is it necessary for ordinary Armenians - Georgian citizens living in Samtskhe-Javkheti?

In particular, the Caucasus Plus editorial office received a letter from the ethnic Armenian citizen of Georgia Armen Abramyan under the ambiguous heading "Call of the population of Javakheti to the Prime Minister of Georgia and the Minister of Internal Affairs of Georgia." Here is an excerpt from this letter:

“Oligarchs giving a large bribe in Tbilisi become deputies, and then they rob the state using the deputy chair. For example, specifically the deputy of Ninotsminda and Akhalkalaki, Enzel Mkoyan gives a bribe in the amount of GEL 2,000,000, and expensive gifts to be included in the list of passing seats in the parliament, so that this time he can also be elected as a deputy, and then he returns the money back by ripping off three skins from the people. His business includes a gas company in the region, where the income from this company alone is approximately 1800,000 GEL per month. He owns a large number of gas stations, gas stations, about twenty quarries, a hotel chain in Tbilisi, a fruit and vegetable processing plant in Armenia, a construction plant in Russia (Surgut), he controls asphalting and landscaping in the region. Takes kickbacks from tenders. Has a pharmacy business.

He is accused of harassing women, he beats people to a half-dead state and is not responsible for this before the law. A huge number of criminal cases were brought against Anzel Mkoyan and his relatives and not one of them was brought to an end. All these criminal “virtues” of Anzel Mkoyan were noted in the report of the US Department of State by Mike Pompeo about Georgia”.

Hiding behind the heroization of separatist militants (as well as the propaganda of the mythical "genocide"), deputies like Enzel Mkoyan are repairing terrible arbitrariness over the Armenian population of Samtskhe-Javakheti. And if they begin to take them to clean water and point to their abuses and crimes, declare it "Azerbaijani propaganda".

The ruling party “Georgian Dream” should understand that such figures as Mkoyan who go to the Parliament as its members not only discredit this political force, but at the same time sow ethnic strife, propagandize extremism and separatism, and in fact carry out anti-state activities.

Such as Enzel Mkoyan should be deprived of a deputy mandate and held accountable under the law. Without exception, all citizens of Georgia, including those of Armenian nationality, must be protected by law and no one has the right to arbitrariness over them, hiding behind their ethnic origin.