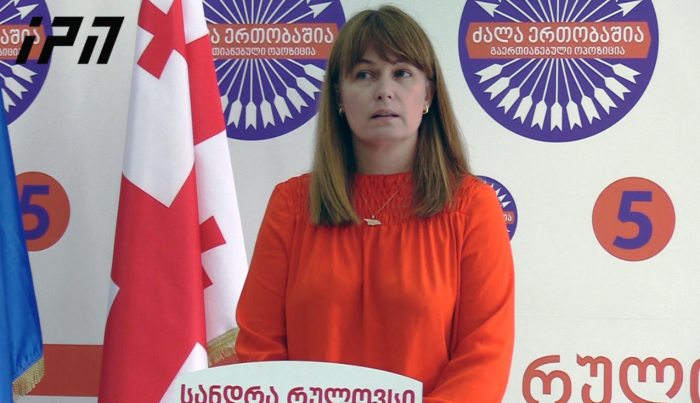 We should protect votes and people from pressure and generally, from this government, - Sandra Roelofs, Zugdidi mayoral candidate of the United Opposition, said after meeting with the diplomatic corps.

She said that the topic of the meeting was the pre-electoral environment.

"We saw yesterday evening that the situation is very tense, but this process has begun long ago.

We asked the diplomatic corps to react to this situation in order to prevent the repetition of what happened in the second round of presidential elections - bribery, rigging and pressure. For example, Ia Kerzaia became a victim in Zugdidi.

We showed videos to the diplomatic corps and talked about the environment in which we have to conduct a campaign. They will consider how to react to this situation," Sandra Roelofs said.

She accused the government of provocations and abuse. “It seems they are preparing for a massive special operation”, she said and added that they asked the ambassadors to send additional observers.