Separatism and France - set fire to others, "nipped in the bud" at home 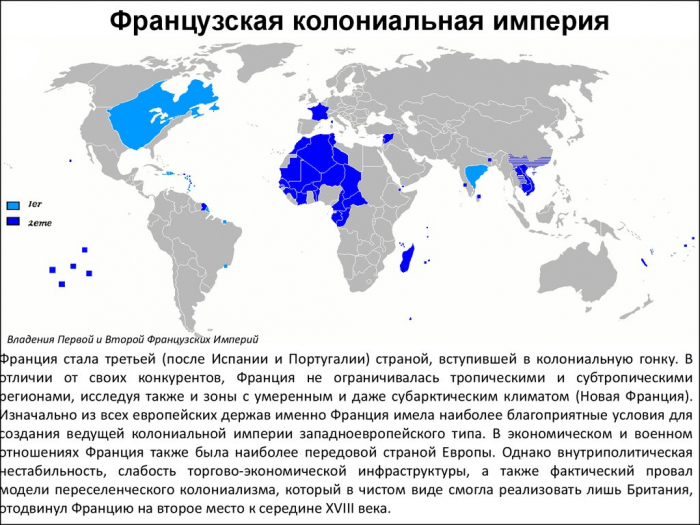 The French Senate adopted an anti-Azerbaijani resolution supporting separatism on 15 November 2022, calling on the government of President Emmanuel Macron to impose sanctions against Azerbaijan. The document also calls on Baku to withdraw its troops from the Lachin corridor area (i.e. from its own internationally recognized territory!) and from the border areas, where there has not even been demarcation and delimitation, and which for some reason are considered "Armenian territory" by the French Senate. However, in order to determine where the "territory of Armenia" is and where it is not, a peace agreement must be concluded and the border demarcation and delimitation must be carried out, which is exactly what Yerevan is hindering.

However, the most dangerous thing is that the Senate of France, once again, by its provocative resolution raises the issue of creation of a separatist pseudo-state on Azerbaijani territory and "creation of a humanitarian office in Nagorno-Karabakh".

The French Senate's decision strikes not only Azerbaijan, but also Georgia, in fact, by preventing restoration of the country's territorial integrity. It is not a secret that separatism in Samachablo and Abkhazia is linked to the separatism of the so-called "Artsakh". The self-proclaimed Nagorno-Karabakh Republic (NKR) recognised the "independence" of Abkhazia and so-called "South Ossetia" long before Russia, which occupied these regions of Georgia in 2008, did so.

France, in view of the obvious weakening of Russia's position, which has engaged in a military adventure of aggression against Ukraine, makes a bid to replace Russia as the "main sponsor" of separatism in the South Caucasus. And this is extremely dangerous, because history shows that bloody wars with millions of victims begin where France intervenes to support separatism.

The bloodiest episode of France's support of separatism, which according to some estimates caused 3 to 4 million deaths, but for some reason few people outside Africa know about today, was the secessionist war in south-eastern Nigeria in 1967-70.  Local separatists, incited by the French secret service, formed the so-called "Republic of Biafra". France was attempting to establish "its own rules" in the British zone of influence (Nigeria is a former British colony). There was much in this separatist project that was later "replicated" by France, with the support of separatism, in other parts of the world. Moreover, the separatists and their patrons were consciously betting on religious hatred and opposition of the Christian population to Muslims. The fact is that more than half of Nigeria's population is Muslim, but they predominantly live in the north and "Biafra" separatism was largely anti-Islamic in orientation.

It would seem that if France was so supportive of "freedom-loving Biafra", it should have a similar attitude towards the freedom-loving aspirations of other peoples on the same African continent. In particular, the Algerian people who fought for liberation from French colonial oppression. But to the Algerians, on the contrary, France pursued the policy of genocide by accusing them of "separatism". The fact is that Algeria was illegally annexed and incorporated into France, as its "departments", and whoever advocated its independence in terms of French law at the time was against the "territorial integrity of France". More than 1.5 million Algerian Muslims were killed by the French coloniser-occupiers in the war unleashed against the Algerian people.

Thereafter, even in countries freed from the status of French colonies and possessions, the French secret services continued to foment wars, stage military coups, and support the most odious dictators. Practically all the bloodiest wars and facts of terror, genocide after the Second World War are in one way or another connected with the former French colonies or the countries where the French secret services "cut in" - Vietnam, Cambodia, Lebanon, Chad, Rwanda, Mali, Syria ...

France has been extremely brutal in suppressing not even separatism, but merely the slightest desire to maintain a national and regional identity on its internationally recognized territory. In fact, France has become a veritable "graveyard of peoples". In particular, people such as the Bretons, the population of the Brittany peninsula in the north-west of the country, have been forcibly assimilated.  Were it not for assimilation, there would be at least 3 million Bretons now, more than Armenians in the Republic of Armenia. But the number of Breton speaking people in France is rapidly decreasing, if at the beginning of the 80's about 600 thousand people were speaking Breton despite forced assimilation, then in the 90's not more than 250 thousand people did, and today actually no more than 100 thousand people know Breton language and its last speakers are dying out. The younger generation of Bretons simply does not know the language of their ancestors.

The Breton people, meanwhile, have their own traditions of statehood, their own unique Celtic language, and their own original literature which simply no one is able to read today.

The Breton language has de facto disappeared, as its official use, like that of the other indigenous languages spoken in France, was banned in the 19th century. In Brittany, those who tried to develop a culture in their own language were persecuted, and in schools children were punished simply for speaking Breton amongst themselves. The same happened with the Alsatians, who are linguistically closer to the Germans than to the French, and with the Flemings, who lived in the north of France and spoke a language close to Dutch. These peoples were completely assimilated.

The identity of the Basques, a unique people inhabiting south-western France and northern Spain, has been completely eliminated. While in Spain the Basques have autonomy and the ability to communicate and have a written language, there is nothing of the sort in their own language in the French part of the Basque lands.

The Corsican independence movement is brutally suppressed by the authorities in Paris, with terror and repression applied to the pro-independence fighters, while simultaneously assimilating the Corsicans. France pursues a policy of cultural genocide against indigenous populations in Oceania as "overseas departments", particularly on the island of New Caledonia against the indigenous Kanak people, against whom repression has been used in the past to suppress their independence movement.

Prior to teaching other countries how to treat their national minorities, France would do well to start reviewing its own policies and attitudes towards national minorities. And the French "concern" for the fate of the Karabakh Armenians, who will have all the rights of Azerbaijani citizens, including the right to maintain their national identity and communicate in their own language, is hypocritical to say the least.

Rasim Musabekov, a political scientist and member of the Milli Mejlis, commented on the French démarche towards Azerbaijan:

"The Senate, the upper house of National Assembly of France adopted an anti-Azerbaijani resolution, which is confusing in its content, does not reflect the actual state of affairs and has no legal consequences. It is most likely a form of pressure on official Baku in favour of Armenia. Paris was finally convinced that French mediation in the Armenian-Azerbaijani settlement was decisively rejected by President Ilham Aliyev and decided to openly act as a patron of Armenia. It is difficult to call this policy rational, as it is unlikely to benefit Armenians, but the residual respect and sympathy in Azerbaijan will be lost to Paris for a long time to come.

After that, Baku will hardly want to listen to the opinion of French politicians and diplomats, and most likely will stop talking to them at all. As for the threatening statements made by the senators of this country, out of politeness we will not tell them where to put them. France has been a leading power in Europe for centuries. It has a highly developed economy, a remarkable culture, a tradition of diplomacy and a powerful military. Although France has lost its role as a first-ranking power since the middle of the last century, it is still one of the five permanent members of the United Nations Security Council, and possesses its own nuclear missiles. This allows France to maintain its credibility in Europe and its influence in former African colonies as well as in the Francophone countries.

However, due to the ambitious, inept actions of its rulers, France is failing on the foreign policy front. Its failures in Yugoslavia and Libya, which required direct US intervention, come to mind. Even in its traditional sphere of influence: Chad, the Central African Republic, Mali and Burkina Faso, France is not effective. It has been supplanted not only by China and Turkey, but even by the Wagnerian PMCs.

As for the South Caucasus, the ambiguous behaviour of French President Nicolas Sarkozy, who shuttled between Moscow and Tbilisi to stop the war in August 2008, but in reality induced Saakashvili's government to capitulate, is still fresh in the mind. Due only to the solidarity shown by the Baltic States, Poland and Ukraine, as well as the intervention, again by the USA, which sent a destroyer to Batumi port, the advance of Russian troops towards Tbilisi was stopped and democratic Georgia did not bow to the Kremlin's military blackmail.

Macron's presidency has been marked by yet another setback. His claim to leadership of the European Union, following the departure of long-time German leader Ms Merkel, was harshly rebuffed by Chancellor Schulz. Similarly, Italy's new head of government, Ms. Giorgia Meloni, lashed out at President Macron and French policy with derogatory criticism. President Macron's amateurish attempt to combine outspoken Armenianophilia with mediation in the Armenian-Azerbaijani conflict has not added to his credibility."

According to Rasim Musabekov, the resolutions of the French parliamentarians will not scare Azerbaijan. Sanctions will be met with sanctions, and a boycott with a counter-boycott. If Paris starts a campaign against Turkey and Azerbaijan in Europe, there will be a reciprocal campaign against France in the Islamic world, especially as there are many dark pages of the French colonial past.

The political scientist also recalled the pages of French history, an episode from the 19th century, when short-sighted, arrogant policy of France led to its being left without allies and was defeated by Prussia in the war of 1870. The eminent chancellor of the Russian Empire at the time, Gorchakov, remarked that Paris had vainly believed that they alone had ego and were hurting everyone else's interests.

Today, France is simply "torn," trying to maintain its status as "world arbiter" and supporting separatism and conflicts wherever it can in order to obstruct other geopolitical players. Paris is meddling in the spheres of influence of other powers without resources, without a constructive agenda or a coherent development programme and a vision of the future for other countries and peoples.  France seeks to destroy rather than to build, it relies only on the bankrupt, embittered nationalism of the nations it has previously used, cheated and quarrelled with its neighbours more than once.

Alas, the Armenian people are in the same position, once again relying on Paris to help them realise their absolutely fantastic "great power" plans, based on historical tales and myths that have no basis in reality. Armenian nationalists have relied on France many times in the past, and in the end that only brought disaster to the Armenian people. Has history not taught them anything?