One Caucasus Festival to bring region’s artists, creatives together next week 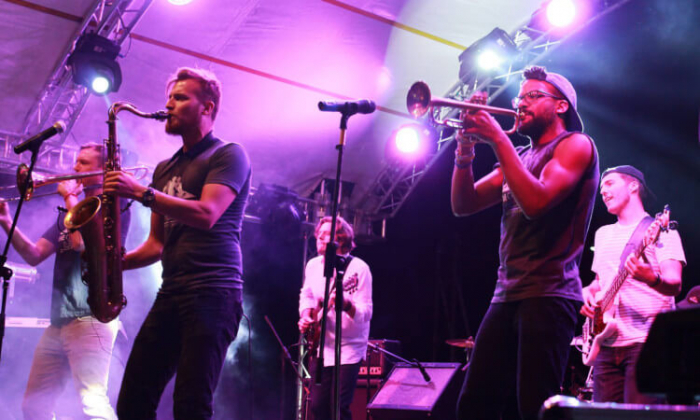 Artists and bands from across the South Caucasus and beyond will bring their shows to the village of Tserakvi in Georgia’s south, where this year’s edition of the One Caucasus Festival is set to open next week.

The annual event, promoted by organisers as an “extraordinary, multicultural, inter-genre cuisine”, has become a popular destination with its model of free entrance, free transportation and free camping zone for performances and creative projects hosted at the location.

Over 15 musical acts, from Caucasus Horns involving artists from Armenia, Azerbaijan and Georgia, to British-Jamaican gospel performer Clive Brown, have been announced as part of the line-up to deliver entertainment at the village located 75km south of Georgia’s capital Tbilisi.

They will be involved in evening concerts for four days, held following activities in a One Caucasus Town set up on festival grounds during daytime.

Beside the pan-regional band and Brown — whose album Thank You Lord with The Shekinah Singers was named by astepfwd.com among the Top 15 Greatest British Gospel Albums since the turn of the century — the roster of performers also features Azeri electronic music collective Dihaj and Armenian band Nemra.

The former is a Baku-based act with “ethereal, dark sound, [...] post-rock guitar riffs, semi-acoustic drum set and atmospheric vocals” (One Caucasus), while the latter set to bring an alternative rock sound to the festival stage for the second year running.

Georgian performers in Tserakvi will include Red Carpet Band, a project that sprang to life near the festival’s origins in Georgia’s south, where its future members met each other at the Cultural Centre of Marneuli, as well as the Tbilisi State University polyphonic folk music ensemble Gordela.

Beside these and other performers, the event will bring filmmakers, visual artists, architects and educators to its location to create projects at the festival.

One Caucasus was established in 2014 in the south Georgian municipality of Marneuli, near a junction of state borders of Georgia, Armenia and Azerbaijan.

With the selection of location organisers highlighted a place with a background of peaceful coexistence of various ethnic groups in the South Caucasus on the backdrop of complicated political circumstances in the region.

Beside festival shows, the project also includes educational initiatives in the region, running the Academy of Informal Education in addition to holding workshops and designing a “first ever participatory budget in Caucasus” for local decision-making on necessary spending to benefit local residents.

This year’s One Caucasus Festival is set to run between August 22-25.