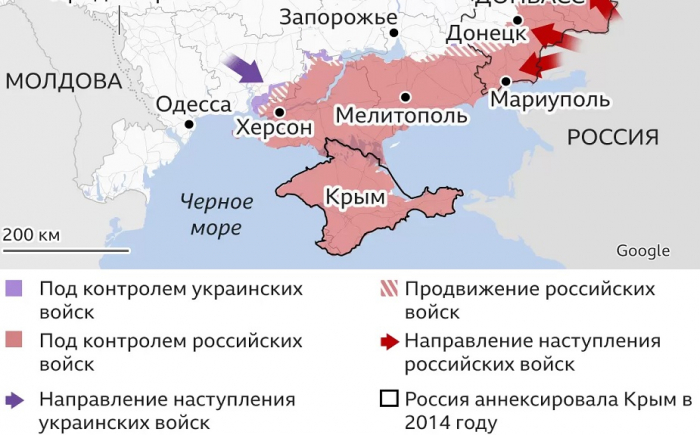 On the evening of 29 September 2022, following fake "referendums", Russian President Vladimir Putin recognised the so-called "independence" of "states" named "Kherson Region" and "Zaporizhzhya Region" that have never had any analogues in world history.

This very name "oblast" implies that it is a part of something bigger. Like a district, county, municipality, neighbourhood, etc. I.e. "independent oblast" is complete nonsense and idiocy, as is "independent part". It's like thinking that an "independent arm" or an "independent liver" can live on its own outside a single human organism.

Even all previous separatist projects on the eve of declaring their "independence" at least got rid of the name "province". For example, the Armenian "Artsakh" separatists proclaimed an "independent republic". The Tskhivali separatists and the Moldovan Transdniestrian separatists did the same.

However, in the occupied part of Ukraine, the Kremlin decided not even to bother with such formalities. As a result, the formal "recognition" of the so-called "independent" Kherson and Zaporozhye regions instantly "multiplies to zero" all other separatist projects organised by or with the participation of the Russian Federation. From "Artsakh" to Abkhazia and "South Ossetia", as well as the previous annexation of Ukrainian Crimea.

In general, it is not clear what is the difference between, for example, the "freedom-loving people of Kherson" and the neighbouring "non-freedom-loving" "Nikolaev people"? And why this people should exercise their "right to self-determination"? And how can "freedom-loving Zaporozhye people" exercise self-determination, if the majority of its population, including residents of the "capital of an independent state" Zaporozhye, did not even vote for "independence" at the fake referendum? I.e. it is quite obvious that this "independence" is not just a fake, but a ridiculous and contrary to elementary common sense FALSE.

It is clear that the unique "states" called "oblasts" will simply not have time to gain "international recognition". They have only a few hours to live by their "founding father" and on September 30, 2022 at 15:00 their "incorporation into the Russian Federation" is scheduled. This, by the way, completely devalues the notion of federative Russia and actually raises the question of its inevitable collapse.

If you think about it, it turns out that the entire multi-year process of recognition and accession of the separatists was initiated by Russia's clear enemies, including from the "fifth column" that has been worried about "independent Artsakh" for so long. They wanted to destroy Russia even now, even if they pretend to be "great patriots and statesmen".