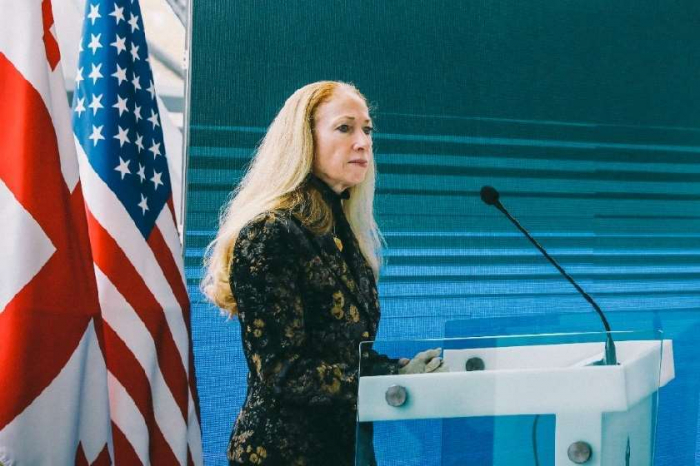 ” I think the moment is here now for the government of Georgia to work with all the stakeholders, including opposition parties, including civil society to address the conditions and recommendations that the European Council gave,” US Ambassador to Georgia, Kelly Degnan told reporters on Tuesday.

As Ambassador noted, the Georgian people clearly expressed their support for Georgia’s EU membership on June 20.

“The people of Georgia came out very clearly on June 20th, and in poll after poll, expressing their overwhelming support for EU membership and for the EU path forward. I think the moment is here now for the government of Georgia to work with all the stakeholders, including opposition parties, including civil society to address the conditions and recommendations that the European Council gave that is a clear way forward for Georgia to candidates status.

They couldn’t have made it clearer. These are the steps that Georgia needs to take. And when that’s accomplished, hopefully before the end of the year, then Georgia too will have candidate status. This is a very straightforward response from the European Council, from the European Union to Georgia: that Georgia is part of Europe and the European Union wants to welcome Georgia in, but needs Georgia to demonstrate its commitment to democracy and to the reforms. None of these reforms are new. These are all the same reforms that Georgia has been working on and making progress on and needs to make more progress on now. So I think this is the moment for the government and for society to come together to unify for the path to European Union membership. And I hope that that is what we’re going to see in the coming months,” Ambassador Degnan stated.