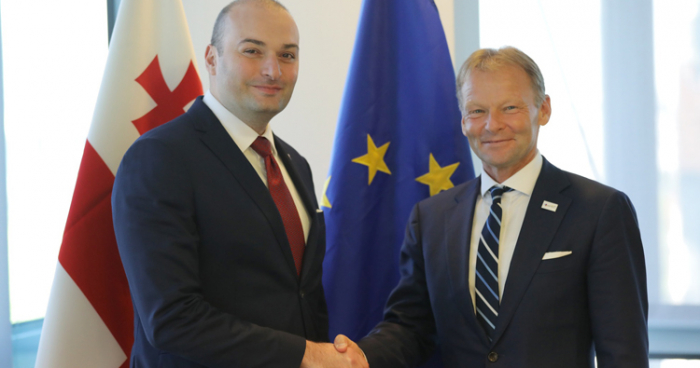 Vice President of the European Investment Bank (EIB) Vazil Hudak said that Georgia is a key partner of EIB in the Eastern Partnership and “we will continue supporting East-West connectivity, along with significant projects implemented in the energy sector of the country”.

"On the one hand, we will continue supporting the East-West Highway, as this road is important for the further integration of Georgia into the greater European space. We will also support energy projects – the modernisation of hydro power plants and power transmission lines”, said Hudak.

He added that the EIB wishes to support new and innovative projects in Georgia “as Georgia has huge potential in the area of innovations and technologies”, such as e-mobility and local transport.

Hudak also said that the EIB will “gladly support” the development and modernisation of local public transport in Georgia.

The EIB has in total invested €1.33 billion in the public sector of Georgia, while it has allocated €188 million as non-sovereign project financing in the private sector of the country.