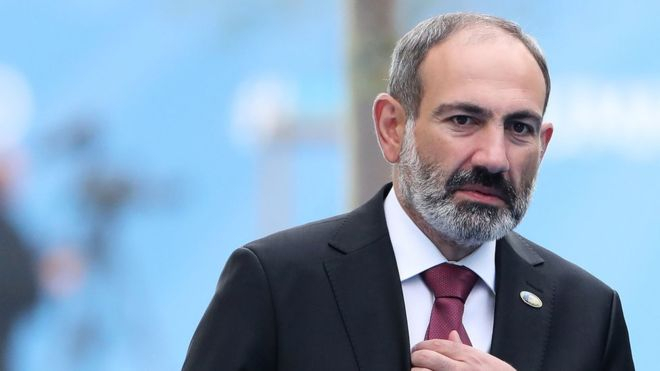 The recent speech of the Prime Minister of Armenia Nikol Pashinyan at the opening of the 7 so-called “Pan-Armenian Games” in the occupied Azerbaijani city of “Khankendi” was provocative. And not only that the Armenian Prime Minister stated that “Artsakh” is Armenia ”, in fact, recognized his country aggressor and invader, but also announced plans for further territorial seizures that directly follow from his speech.

In particular, Nikol Pashinyan announced his intention to bring the population of Armenia to 5 million people in 2050, and the number of tourists visiting the Armenian state to 15 million a year.

However, it is obvious that this is unrealistic within the current borders of Armenia, even taking into account the Azerbaijani-occupied Karabakh. Indeed, today the Armenians are actively “fleeing” from Armenia under blockade and from Karabakh. And this trend is unlikely to be radically overcome. Not to mention attracting an “additional” Armenian population here.

The birth rate in the Republic of Armenia is at one of the lowest levels in the world and tends to decrease. Therefore, it is simply out of the question to increase the population through natural growth.

As a result, the conclusion immediately suggests itself: it is planned to increase the population and number of tourists due to the accession of foreign territories to Armenia favorable from the point of view of human life and that tourism potential.

What territory is not difficult to guess. Considering that Armenian nationalists consider “Armenia” not only “Artsakh” or occupied Azerbaijani Karabakh, but also Javakhk - the Georgian region of Samtskhe-Javakheti. And there, it’s already not far from claims to Adjaria and the “corridor” to the Black Sea.

On the Black Sea coast, in fact, an enclave completely controlled by Armenians already exists - occupied Georgian Abkhazia, from where the native Georgian population was expelled. And where the Armenians became the largest ethnic group, controlling the entire economy of the separatist territory.

If the Armenian nationalists succeed in realizing far-reaching plans for the seizure of Georgian territories from Georgia, the plans voiced by Nikol Pashinyan become quite feasible. Having expelled the remaining indigenous population from the occupied territories, it is quite possible to populate it with Armenians from the diaspora, who have long been eagerly looking at Georgian lands.

Nikol Pashinyan’s speech contains not only clear and provocative anti-azerbaijani theses, but also a well-disguised, but perfectly understood, anti-Georgian orientation by Armenian nationalists. Therefore, such performances cannot but inspire alarm.