Georgia deserves to be a decent member of Europe, PM says 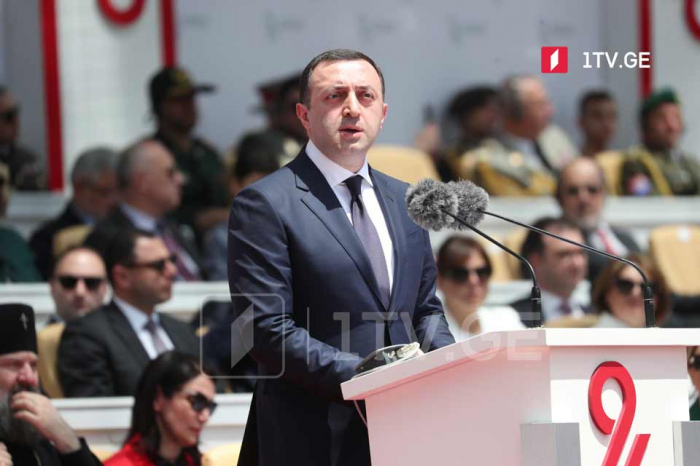 “After the eventual achievement of independence, we aimed to exercise this inner freedom that defines our entire history and culture in the state and institutional arrangement of the country. It means building a modern European state. The desire of Georgian people to return to a common European family has never changed,” he said.

PM underscored that the European future is a program and action plan defined by the Georgian nation.

“On March 3, I signed Georgia’s bid for the European Union candidate status. It has marked the beginning of a whole new stage in the history of Georgia. European future is a program and action plan defined by the Georgian nation for all Georgian governments. After the Georgian Dream came to power, this plan turned into concrete steps. Shortly, we have taken many effective steps to bring the country closer to EU standards,” Irakli Garibashvili said.

“Our heritage and present-day achievements reinforce our belief that our ancient country, with its unique history, culture and language, truly deserves to be a decent member of the European great common family,” Garibashvili added.